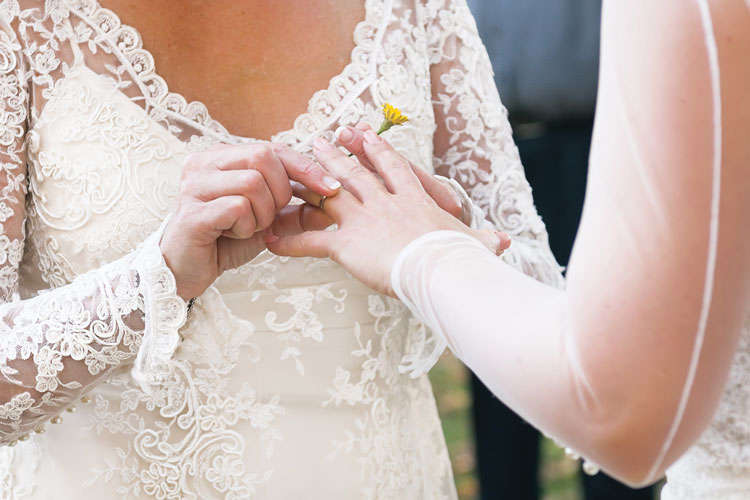 Judges who perform marriages may not refuse to perform them for same-sex couples, according to a Formal Ethics Opinion from the ABA’s Standing Committee on Ethics and Professional Responsibility released Feb. 14. Judges not only must follow the law but also must act impartially and free from bias or prejudice, the opinion explains. The same anti-discrimination requirement applies even if judges perform marriages for only friends and family members.

Formal Ethics Opinion 485 relies on several provisions of the Model Code of Judicial Conduct to support its conclusions, including Model Rule 1.1, which provides that “a judge shall comply with the law, including the Code of Judicial Conduct.” Additionally, Model Rule 2.2 requires a judge to “uphold and apply the law” and to “perform all duties of judicial office fairly and impartially.” Furthermore, Model Rule 2.3(A) provides that “a judge shall perform the duties of judicial office, including administrative duties, without bias or prejudice.”

More specifically, Model Rule 2.3(B) provides: “A judge shall not, in the performance of judicial duties, by words or conduct manifest bias or prejudice, or engage in harassment, including but not limited to bias, prejudice, or harassment based upon race, sex, gender, religion, national origin, ethnicity, disability, age, sexual orientation, marital status, socioeconomic status, or political affiliation, and shall not permit court staff, court officials, or others subject to the judge’s direction and control to do so.”

“The public is entitled to expect that judges will perform their activities and duties fairly, impartially, and free from bias,” the opinion reads. “Further, while actual impartiality is necessary, it is not sufficient; the public must also perceive judges to be impartial.”

Professor Douglas NeJaime of Yale Law School agrees with the bulk of the opinion’s analysis. “It certainly seems consistent with principles of judicial ethics to require judges who perform marriages to do so for both different-sex and same-sex couples so as not to engage in discriminatory conduct or give the appearance of bias and prejudice,” says NeJaime, who teaches classes in legal ethics and law and sexuality.

The opinion mirrors precedent from the U.S. Supreme Court’s landmark decision in Obergefell v. Hodges (2015), in which the court ruled that bans on same-sex marriages violated the equal protection and due process clauses of the 14th Amendment. The court majority wrote that “there is no lawful basis for a state to refuse to recognize a lawful same-sex marriage performed in another state on the ground of its same-sex character.”

The ABA opinion, however, did not go as far as a 2015 ethics opinion from the Supreme Court of Ohio’s Board of Professional Conduct, which found that Ohio judges could not decline to perform all marriages to avoid marrying same-sex couples. “Exhibiting bias or prejudice in the performance of judicial duties is antithetical to a core tenet of judicial office and erodes the public’s confidence in the independence integrity, and impartiality of the judiciary,” the Ohio opinion reads.

Instead, the ABA ethics opinion provides that a “judge may choose to perform no marriages, or to perform marriages exclusively for family and friends.”

“In a jurisdiction where a judge is not obligated to perform marriages, the judge may decline to perform all marriages for members of the public,” the opinion concludes.

However, the opinion explains that even if judges perform marriages only for family and friends, they cannot refuse to perform same-sex marriages for friends and relatives while performing marriages of opposite-sex friends and relatives. “The importance of actual impartiality and the appearance of impartiality to the legitimacy of the judicial branch—and thus the rule of law—cannot be understated,” agrees University of Kansas law professor Kyle Courtenay Velte, who also has taught classes in professional responsibility and gender and sexuality and the law. “But so too is the prohibition on manifesting bias critical to the orderly administration of the rule of law and justice. ‘Equal justice under law’ certainly would ring hollow if these portions of the Model Code weren’t robustly enforced and interpreted, as the ABA has done here.”

However, these experts differ on whether the opinion was correct when it reasoned that a judge could decline to perform any marriages at all to avoid performing same-sex marriages.

“I think the ABA took a compromise position on this, though I tend to agree more with the reasoning of the Ohio [Board of Professional Conduct],” Velte says. “Even when performing marriages is a discretionary part of a judge’s job, the decision to stop doing all marriages in this context isn’t a neutral one. Rather, it is one that is motivated by the judge’s desire to discriminate based on sexual orientation, which a judge cannot do pursuant to the Code of Judicial Conduct.”

However, NeJaime believes the ABA took the correct position on this difficult issue in part because judges who refuse to perform marriages may have free exercise of religion rights to consider. “While I understand why some may view a judge’s refusal to perform all marriages (if such function is discretionary) as nonetheless giving the appearance of bias because the decision to withdraw from such function would have been motivated by opposition to same-sex couples marrying, it seems like a workable and sensible solution,” he says. “The individual judge can have her religious beliefs accommodated by simply removing herself from marriage, and same-sex and different-sex couples would have equal access to all judges who actually do perform marriages. So the ABA’s position seems like a good one.”

This article was published in the April 2019 ABA Journal magazine with the title "Law and Marriage."