Law Day 2020: Your Vote, Your Voice, Our Democracy 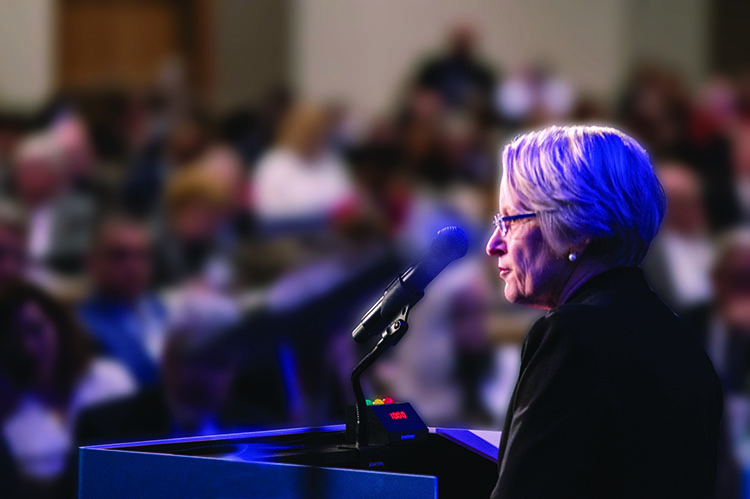 ABA President Judy Perry Martinez characterizes the 19th Amendment as the cornerstone of engagement for all women in our democracy.

“Without that amendment in place, you would not see women at the height of leadership that we are now seeing them,” she says. “Without their voice at the table—and frankly, without their rights and their liberties and their dignity in full force through that amendment—I don’t believe that our democracy would ever reach its full potential.”

That’s precisely why Martinez championed “Your Vote, Your Voice, Our Democracy: The 19th Amendment at 100” as this year’s Law Day theme. In commemorating the centennial of the amendment that granted women the right to vote, she hopes to also encourage members of the legal community to fully exercise their rights and responsibilities as voters this election year.

Law Day, which celebrates the rule of law, is commemorated annually on May 1. Then-ABA President Charles Rhyne introduced the idea for the national day in 1957, and it was formally established by President Dwight D. Eisenhower the following year.

Pamela Roberts, the chair of Law Day 2020, echoes Martinez’s sentiment on the significance of this year’s theme, saying reeducating or reminding the public of both its rights and responsibilities as voters is vital. 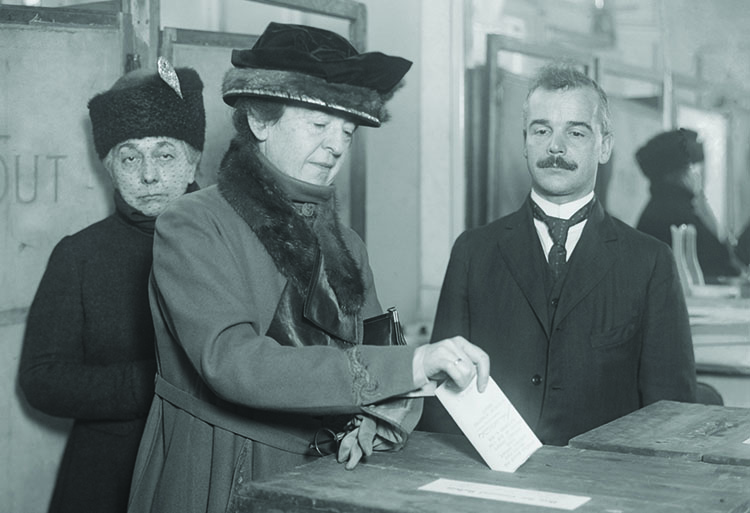 “To be able to celebrate the 19th Amendment and use that as a means to explore the legacy and to encourage voters to actually take up their charge and go to the ballot box is critical,” says Roberts, a former chair of the ABA Commission on Women in the Profession and a partner at Bowman and Brooke in Columbia, South Carolina. “And to me, it’s wonderfully educational for the next generation to appreciate suffragette efforts, what worked and what didn’t work, and bring it forward to today and what we’re called on to do.”

The ABA Division for Public Education provides a planning guide featuring voting and 19th Amendment resources for those who want to organize their own celebrations.

In addition to Law Day program ideas and planning checklists, resources include a woman’s suffrage timeline, a link to biographies of 20 women and men who fought for women’s suffrage, information about a Law Day Art Contest for students, and facts about the movement.

For more information about Law Day 2020, including its resources and related events, visit LawDay.org.

Meet the groups helping to get women elected