Son of Holocaust survivors exposes the harms of bystander complicity 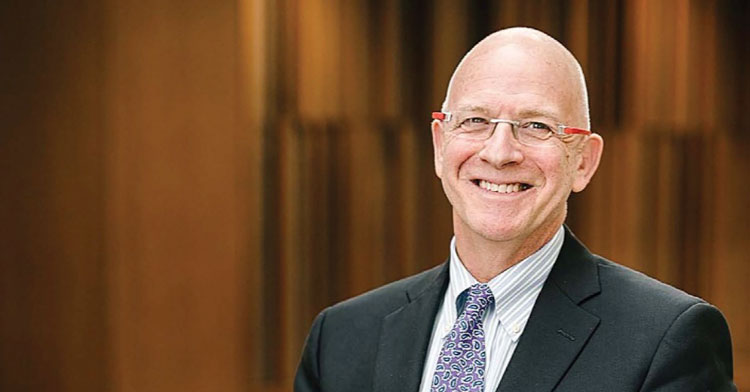 In high school, three things held Amos N. Guiora’s attention: politics, books and sports. Following this trio of interests for nearly 50 years has given Guiora a rich and meaningful career path—several of them, in fact.

Today Guiora is a law professor at the University of Utah’s S.J. Quinney College of Law. The prolific writer has authored books on subjects ranging from counterterrorism and cybersecurity to the impact of the Miranda decision.

Academics is a second career for Guiora. Before joining Utah’s faculty in 2007, he spent nearly 20 years in the Judge Advocate General’s Corps of the Israel Defense Forces, retiring in 2004 as a lieutenant colonel. Because of his service as legal adviser to the Gaza Strip Military Commander, among many high-level postings, he became an in-demand expert on Middle East policy, terrorism and human rights. He has testified before the United Nations, the U.S. House of Representatives and the U.S. Senate.

But it was Guiora’s book Armies of Enablers: Survivor Stories of Complicity and Betrayal in Sexual Assaults that set him on his most recent path. The book, released in September, explores institutional complicity in relation to the victimization of young people by college sports coaches, trainers, doctors and Catholic priests. As a result of this work, Guiora has become not just an academic but also an advocate for sexual assault victims.

In March, he will testify about the book at a hearing before the Dutch National Rapporteur on Trafficking in Human Beings and Sexual Violence Against Children.

Q. Armies of Enablers is actually your second book to explore legal issues arising from complicity. The first was The Crime of Complicity: The Bystander in the Holocaust, published in 2017. How did you get the idea for this book and for its unconventional line of legal inquiry?

A. I was training for the Salt Lake City marathon with my running partner, who is not Jewish, and she said to me, “How did this happen?” This being the Holocaust. She knew both of my parents were Holocaust survivors. I told her a brilliant academic answer, which shows you how smart I am. I said, “I have no idea.” After my friend asked me the question, I started reading about it a lot, and I came to the conclusion that there was an area that had not been explored through the lens of the law, and that was the role of the bystander.

Q. Did growing up with survivors—with their stories and memories—give you any special insight into this topic?

A. No. My parents decided never to discuss the Holocaust with their children. When I was 12 years old, my father took me canoeing. He said, “I will tell you my story and your mother’s story, and this is the first and last time we will have this conversation.”

A. Yes. I came home and there was no one to talk to. My mother had been in hiding at the age of 12 in Budapest with her mother, and my father survived two death marches at 19 in the former Yugoslavia after having been in a labor mining camp. They had not talked about their experiences with each other, and they never talked about them with me.

Q. How did your bystander complicity scholarship lead you to enabler complicity and the sexual assault of college athletes?

A. The Crime of Complicity came out almost four years ago, and it took on a life of its own. I’ve given so many talks. I’ve taught courses on it. Two-and-a-half years ago, I was having dinner with my publisher in Chicago, and he said, “What’s next?” I said, “I am done with this bystander stuff.” Then he said, “You are a huge sports fan, you know about Larry Nassar and Michigan State and the Catholic Church? There’s your next book.” On the spot, I said, “I am in!” and we shook hands. I went back to my hotel and said, “What have I gotten myself into?” Fast forward to half-a-year later, and I could write a book about writing this book.

Q. Did you have any idea how profoundly it would change your life?

A. No. I spent 15 months interviewing survivors—20 to 25 men and women alike. They humbled me. They honored me by trusting me with their stories. In return, I promised them two things: One, that I would speak to people worldwide to tell their stories so that people would understand the consequences and ramifications of enabling; and two, that I would talk to opinion leaders, the media, politicians—anyone who could work to make significant changes to try to put an end to all of this. The book came out on Sept. 25, and I am 100% focused and dedicated to this. I know it sounds dramatic. I don’t care if people agree with me or not, I just want people to think about this.

Q. How has that affected you personally? It’s important, necessary work, but on some level, is it emotionally difficult?

A. I am a tough guy—I am not into this whole emotion/compassion thing. I am not warm and fuzzy. But I have been blown away. Overwhelmed. I was on a Skype call, and a woman introduced herself and told me her daughter was raped and murdered, and she had found the body. She wanted to talk to me about it.

Q. Did you anticipate that the general public would embrace your book like this?

A. No. It did not occur to me that the book would have this kind of impact. But I welcome it. I want people to reach out to me.

Q. You’ve done enabler and bystander complicity. What’s next for you in the area of victim advocacy?

A. I am now in interactions with other states to criminalize bystander complicity. Also, the University of Utah recently established an Independent Review Committee that involves mandatory review of all security matters, regulations and procedures on campus. I was appointed by the university president to be the committee chairman. It’s a great honor and also an opportunity, and it’s all a consequence of the book.

Q. Speaking of books, are you working on a new one yet?

Q. I have to ask, because you are always juggling so many things: How do you get it all done?

A. I go to bed at 10 p.m., and I wake up at 2:30-3 in the morning. I work out, I don’t drink, I eat healthy. But I am also pissed. I am serious! I want to go to work on behalf of survivors. I want to kick ass. That fuels me. Truly. When I die, I want two things on my tombstone: “Luckiest Guy”—because I believe I am the luckiest guy—and “Angry on Behalf of the Survivors.”

This story was originally published in the Feb/March 2021 issue of the ABA Journal under the headline: “Acting on Inaction: Law professor exposes the harms of enabler complicity”