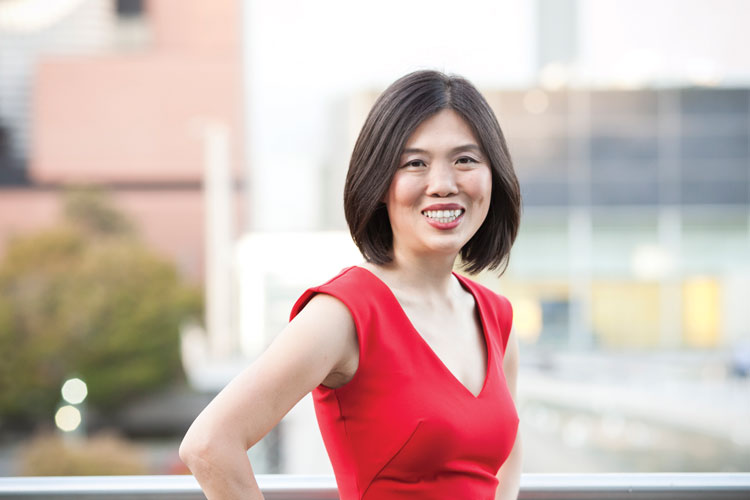 Photograph of Jeena Cho courtesy of The JC Law Group.

It can be lonely being a lawyer. We often spend long hours working in isolation. Even in law school, with almost 200 other students around me, I felt the sense of loneliness keenly. I saw my fellow classmates as competition. We were pitted against each other and graded on a curve, meaning my classmates’ success directly affected my own.

Shasta Nelson, the author of Frientimacy: How to Deepen Friendships for Lifelong Health and Happiness, says loneliness is the No. 1 public health issue. Research shows that our relationships have more impact on our health than any other factor—including diet, exercise or even smoking. Nelson says, “The lonelier we are, the more wear and tear our bodies experience as a result of any stress in our lives.” Former U.S. Surgeon General Vivek Murthy is also sounding the alarm on the loneliness epidemic.

Nurturing relationships requires intentionality. Carving out time and fostering genuine human connection takes effort. Many lawyers struggle withlack of control over time, which makes it more challenging to nurture connections with loved ones.

Rachel Lynn Foley, a solo bankruptcy practitioner in Independence, Missouri, experienced loneliness because as a solo she does not have the opportunity to strategize or share ideas with other lawyers. “You may have strategy sessions with other solos,” she says,“but oftentimes we guard our thoughts and our questions because business is cutthroat and you do not wish to expose yourself or reveal you do not know as much as you think others think you should know.” Foley also says she thinks there’s less willingness among experienced lawyers to mentor younger ones.

Wayne Silver, a bankruptcy lawyer in Mountain View, California, says, “You have to keep client secrets from everyone else forever—and often about stuff that is intellectually and emotionally challenging.”

Rachel Fry, a clinical psychologist from Birmingham, Alabama, who frequently works with lawyers, says the intense workload and inability to mesh work with life can create loneliness and isolation issues for lawyers.

Chelsea Brown, a recent graduate of Emory University School of Law, is an “aspiring public defense attorney, hoping to work in the Atlanta area.” Looking back on her law student experiences, she says, “There is little to no collaboration allowed in law school.And as a result, already independent by nature, students isolated themselves even more.” Brown also says she believedshe was the only person in the entire class who was lost or confused. She thought that “if I belonged in law school that I wouldn’t feel this way.”

“As a black student, I continued to feel on the outs with my white colleagues, and that particular feeling of loneliness persisted beyond my first year,” Brown adds. The sense that you do not belong is a major contributor to feeling loneliness and isolation.

There’s no easy solution for breaking the cycle of isolation and loneliness. It’s difficult to reach out and connect with someone when you’re feeling lonely.

Mark Perlmutter, a lawyer turned therapist in San Francisco, says the first step toward breaking the loneliness is to name the problem. The next step is to extend ourselves—that is, make an effort to reach out to people with whom we might want to be friends. Perlmutter emphasizes that these steps can be difficult, but adds: “There is nothing more powerful to combat loneliness than the knowledge that we are not alone in our loneliness.”

Lawyers can make it a priority to connect with other people and find activities that help break up the day. Fry explains: “If you don’t train yourself to integrate buffers during times of low stress, the crisis periods will become much harder to manage.”

Jeena Cho consults with Am Law 200 firms, focusing on strategies for stress management, resiliency training, mindfulness and meditation. She is the co-author of

The Anxious Lawyer and practices bankruptcy law with her husband at the JC Law Group in San Francisco.