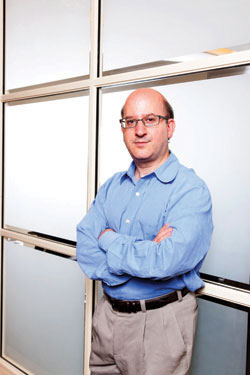 With the tens of thousands of volunteers and donors in presidential campaigns, it’s no secret that many expect appointment to a plum post if their candidate wins. And some seek out lawyers who specialize in getting them through the screening process.

“We start getting calls before elections, including from some who don’t end up being nominees,” says Robert Kelner, who chairs the election and political law practice group at Covington & Burling in Washington, D.C. “The world is full of people who think they’re going to be nominated for something.”

Then again, some turn away because the vetting process has become increasingly cumbersome and nasty for executive branch agency positions. (Judicial nominations are a differently difficult beast.)

Robert Rizzi, who runs the appointments group in Washington, D.C., for O’Melveny & Myers, says things have worsened significantly since he expanded his tax practice to the political arena 15 years ago.

“I’ve had a number of clients who end up saying, ‘This is ridiculous. I can’t do it. I’m out of here,’ ” says Rizzi. “And that’s bad for the country.”

The jury of political scientists is still out on whether the recent spike in appointment warfare is largely the fault of obstructionism, with some senators anonymously putting holds on certain nominations and the new norm of filibuster in Congress to block simple up-or-down voting. At the beginning of the Bush administration in the early 2000s, surveys showed that many top corporate CEOs and public officials were not interested in presidential appointments. For some the salary was the problem, but for many it was the gooey grab of the process, says Anne Joseph O’Connell, an associate dean at the University of California at Berkeley’s Boalt Hall.

There are more than 3,000 presidentially appointed positions, about 1,000 of them requiring Senate confirmation. The latter group was cut by 163 in a 2012 nod to streamlining, so the Senate no longer need confirm, for example, members of the National Institute for Literacy Advisory Board.

But there are many drags other than pure politics, O’Connell says. For example, government has grown so large that the White House Office of Presidential Personnel sometimes is swamped and doesn’t move fast enough. And turnover is high: Top-level people, such as Cabinet members, leave after about three years, and their assistant or undersecretaries average two years, O’Connell says. Their replacements then enter the game.

So the process is not only slow and delayed but also churns. And costs.

Wall Street financier Steven Rattner paid more than $400,000 for lawyers to do the paperwork when he was nominated and confirmed as the Treasury Department’s “car czar” in 2009 to oversee moving Chrysler and General Motors out of bankruptcy.

It’s an appointments law truism: The more money you have, the more appointment vetting costs. Complex disclosure forms, especially for financial conflicts of interest, can take a hundred hours or more to complete. Fees for legal help can run from $20,000 to hundreds of thousands of dollars.

Tax problems often are the biggest bugaboo. Investment portfolios have become more complex since the pertinent government ethics rules were fashioned in the 1980s.

“That’s particularly more pronounced in more recent years,” says Covington’s Kelner, “with sometimes surprisingly lower dollar figures. Accountants advise you to ignore the small dollar amounts because the IRS doesn’t care, but in the vetting process they become very significant. You end up paying back taxes the IRS doesn’t care about.”

Such scrutiny became the norm for senior-level appointments after the Zoe Baird nanny-tax fiasco in 1993, Kelner says, “except the bar has been raised recently and there’s less mercy in the process.”

This article originally appeared in the November 2013 issue of the ABA Journal with this headline: “By Appointment: Lawyers help federal nominees play a vetting game.”