Lawyers on the Docket: Court Term Kicks Off with a Look at Legal Representation 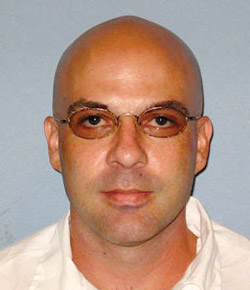 Photo of Cory Maples courtesy of Alabama Department of Corrections

The U.S. Supreme Court kicks off the term with a handful of cases involving the adequacy of legal representation, both inside and outside the courtroom. That there are five cases involving defense counsel leads some observers to believe the justices are taking a special interest.

“It’s apparently something they’ve decided to look into this year,” says Kent S. Scheidegger, the legal director of the Criminal Justice Legal Foundation, a pro-prosecution group based in Sacramento, Calif. “There is never any shortage of effective-assistance petitions [to the justices.] But they have granted an unusual number.”

The court will start with the case of Alabama death row inmate Cory R. Maples, convicted in the 1995 murders of two men. Maples’ advocates say he faces execution without any federal court review of the merits of his constitutional claims of ineffective assistance of counsel.

Maples, 37, missed a deadline for appellate review of his state habeas claims after letters about the deadline that a court clerk sent to his two pro bono lawyers in New York City were returned unopened by a law firm’s mail room. The associates had moved to other jobs without notifying the Alabama courts, and the local court clerk did not alert anyone when the letters came back marked “Return to sender.”

Meanwhile, in Martinez v. Ryan, which with Maples v. Thomas is scheduled for argument Oct. 4, the question is whether defendants have a federal constitutional right to effective assistance of counsel in certain state post-conviction proceedings.

Two cases to be argued Oct. 31 address whether claims of ineffective assistance of counsel may be raised in cases involving plea bargains. In Lafler v. Cooper, a defense lawyer’s erroneous advice about a plea bargain caused the defendant to reject a favorable plea offer and end up convicted of assault with intent to murder. In Missouri v. Frye, a defense lawyer failed to convey to his client a plea offer that would include a misdemeanor conviction and 90 days in jail for driving with a revoked license. Instead, the defendant was sentenced to three years in prison.

And in Martel v. Clair, to be argued later in the term, the justices will weigh whether a capital defendant may replace his court-appointed lawyer in a federal habeas proceeding because of his belief that the lawyer was not pursuing potentially important evidence. A federal appeals court held that the defendant did not have to show ineffective assistance of counsel, only that he was dissatisfied with his lawyer.

ABOVE AND BEYOND BRADY

The American Bar Association has filed amicus briefs for the defendants in Martinez, Lafler and Frye. The ABA has also filed an amicus brief in a granted case dealing with the responsibilities of prosecutors.

In Smith v. Cain, the high court will take up another case raising questions about the practices of the Orleans Parish, La., district attorney’s office in dis closing exculpatory evidence to defendants. (See “A Real-Life Grisham Story,” June.) The ABA argues that prosecutors’ duties to disclose evidence are broader than the constitutional requirements laid out by the Supreme Court in the 1963 case of Brady v. Maryland.

Lisa S. Blatt, a Supreme Court practitioner at Arnold & Porter in Washington, D.C., agrees that the court appears to be taking an unusual interest in attorney adequacy this term. “The court always feels a responsibility in the administration of justice,” she says. “They are the only court that can issue definitive guidance in these areas.”

University of Maryland law professor Lee Kovarsky says the number and scope of cases granted this term give the justices room to refine the ground rules, particularly for state post-conviction proceedings.

Recent legislative and legal developments have made it harder for defendants to get federal habeas review, and thus state post-conviction proceedings have become “the main event” after trials and direct appeals, says Kovarsky, an expert on habeas and a co-author of the ABA’s amicus brief in Martinez.

“I think they want to set up some governing principles for that phase,” Kovarsky says. “The court is looking to torque the rules and the quality of representation in state habeas proceedings.”

Maples kicks off the series. On July 8, 1995, after an evening of drinking, playing pool and driving around Decatur, Ala., Maples shot and killed two companions with a .22-caliber rifle. He said in a confession that he drank six or seven beers, and that he didn’t know why he shot the men.

Maples was convicted of capital murder, and a jury voted 10-2 to recommend a sentence of death, which the judge accepted. The defendant’s court-appointed trial counsel failed to present evidence that Maples was drunk and strung out on crack, his briefs say. The jury would have been entitled under state law to conclude that the defendant lacked the mental state necessary for capital murder, Maples argues.

In 2001, Maples filed a petition for post-conviction relief under Alabama law, claiming ineffective assistance of counsel at his trial and sentencing. The state moved to dismiss the petition, and on May 23, 2003, the trial court rejected it. The clock started ticking on a 42-day appeal period for that petition.

An Alabama circuit court clerk mailed the notice of the denial to the two New York lawyers, as well as to an Alabama lawyer on Maples’ legal team. Maples himself was not notified; and, unknown to him, the Sullivan & Cromwell lawyers left to pursue other legal jobs. The law firm’s mail room returned the notice to the Alabama clerk, who did nothing when the unopened mailings to the New York lawyers were returned.

Maples learned that the appeal deadline passed when a prosecutor sent him a letter alerting him that he had a short time to file a federal habeas petition. Maples contacted his stepmother, who got in touch with Sullivan & Cromwell, where other attorneys who had worked on his case leaped into action.

Maples’ team unsuccessfully sought relief in the Alabama courts for the “procedural default,” while also pursuing the federal habeas petition.

Both a federal district court and the 11th U.S. Circuit Court of Appeals at Atlanta rejected his habeas petition. An 11th Circuit panel ruled that the missed deadline could not establish “cause” for his default under federal habeas rules because there is no right to post-conviction counsel.

Maples asked the Supreme Court to review his case, this time represented by Gregory G. Garre of Latham & Watkins, who served as U.S. solicitor general under President George W. Bush.

Garre says that two reasons establish cause to excuse the procedural default. One is that Maples’ New York lawyers abandoned him by not notifying the court or substituting other counsel.

“Ultimately, regardless of the fact that these were more junior attorneys, they were attorneys. And when they entered their appearances to represent Cory Maples, that had consequences—one of which was to seek the court’s approval for their withdrawal,” Garre says.

Further, the local court clerk’s failure to follow up on the returned letters meant the state contributed to Maples’ default, Garre argues. Referring to the “Return to sender—left firm” notation on one of the returned letters, Garre says, “If that’s not a red flag that something is amiss, I don’t know what would be.”

Alabama argues that despite the lawyers’ departures, Maples was represented by other lawyers at Sullivan & Cromwell, as well as by the law firm itself. Under a 1991 Supreme Court case, Coleman v. Thompson, Maples must bear the risks of his attorneys’ errors.

“There is no doubt his other Sullivan & Cromwell attorneys made a mistake by failing to appear,” says Alabama’s solicitor general, John C. Neiman Jr. “But the Supreme Court has made clear that attorney mistakes at that stage of the [habeas] proceeding are not cause to excuse a procedural default.” A Sullivan & Cromwell partner declined to comment.

Alabama further argues that Maples cannot shift blame for the procedural default to the local court clerk. The clerk served Maples’ Alabama counsel of record with notice of the post-conviction appellate deadline. That’s all the service that Alabama law requires, Neiman says.

Garre replies that Maples’ local lawyer participated for the sole purpose of admitting the New York lawyers, but had no other role in the case.

Garre points to a 2006 Supreme Court decision, Jones v. Flowers, that a state must do more when its attempts to notify the owner of a house by mail that a tax sale was imminent came back unopened.

“Due process requires no less when a life is at stake,” Garre says.