'Lucky in Life': Emily Feinstein creates opportunities for others through pro bono and hockey 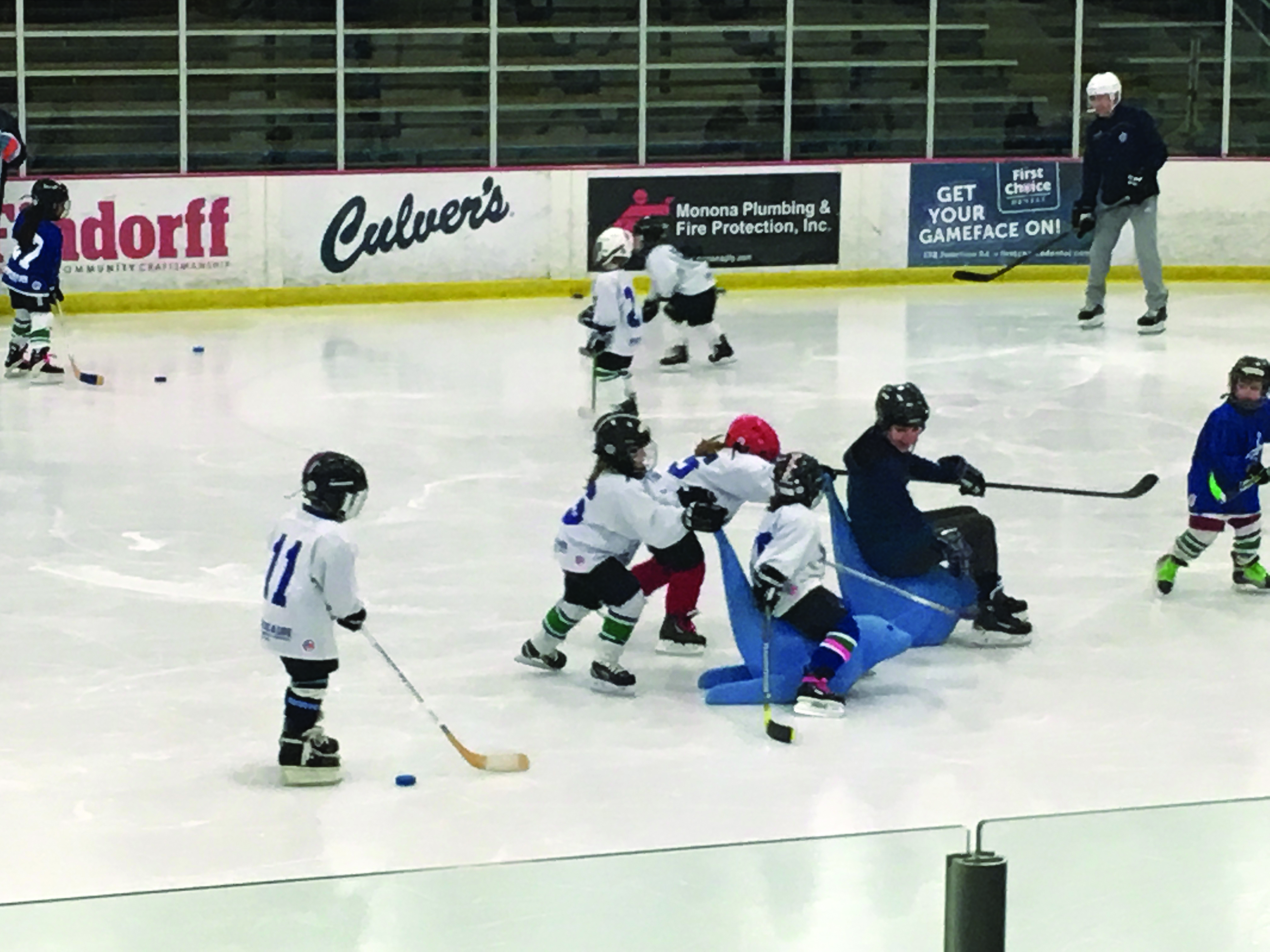 Hockey is a family activity for Feinstein, who met her husband through hockey and now coaches children's teams. (Photo by Cecely Castillo.)

When Emily Feinstein was in high school, a retired Catholic priest lived next door to her family and would often invite them to Mass at a convent near their home in the south suburbs of Chicago.

After a Christmas Eve Mass, Feinstein spoke with one of the sisters, who asked about her plans after graduation. She told the sister she intended to become a lawyer, and she has never forgotten the woman’s response.

“She said, ‘Well, of course you would use your degree to provide pro bono services to women and children who need help, right?’” Feinstein says. “I had no idea what pro bono was at the time, but that statement has always stuck with me.”

In 2001, Feinstein graduated from the University of Wisconsin Law School and joined the Madison, Wisconsin, office of Quarles & Brady, where she began doing pro bono to help people in need and hone her legal skills. Now, more than 20 years later, as a partner and the Madison office’s pro bono coordinator, she also helps her colleagues connect with the right opportunities.

Zachary Eastburn, who works with Feinstein in Quarles & Brady’s litigation and dispute resolution practice group, is one of those attorneys. As an associate, he has been inspired by her dedication to pro bono and gotten involved in several of the firm’s efforts.

“In a lot of ways, Emily embodies the firm’s cultural commitment and historic legacy of pro bono work,” Eastburn says. “And it’s not something that she does simply because it’s there to do. She does this work because of a strong conviction to do the right thing.”

Feinstein followed the sister’s advice, gravitating toward pro bono matters that benefit women and children. But she also credits her upbringing for giving her the opportunity to make a difference.

She was 6 when her mother married her father, who was then finishing his residency in pediatrics. Together, her parents have raised nine children and instilled in them the importance of community service.

“I always say I have been so lucky in life,” Feinstein says. “I was lucky that my dad married my mom, because that relationship provided me with so many opportunities that would not have otherwise been available—the ability to go to college and the belief that I was obviously going to law school. I don’t think that would have been ingrained in me.

“And so being able to take what I have and use it to help others has always been really important.” 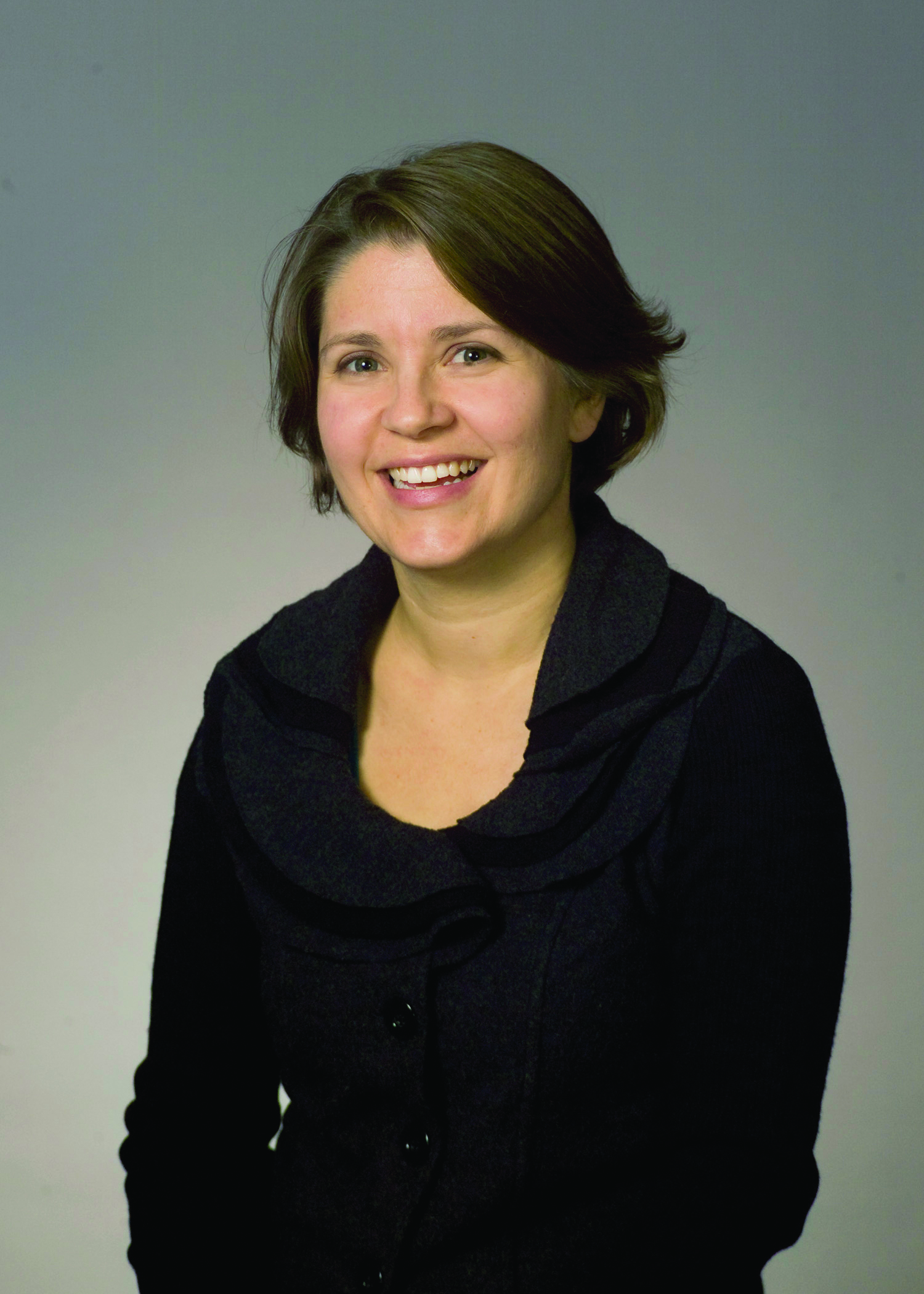 Nearly 10 years ago, Feinstein began representing survivors of domestic violence, but she quickly realized there was a greater need than she could meet on her own. She helped create a network of pro bono attorneys in the Madison area who now help survivors obtain protective injunctions.

“It’s really awesome how much it’s grown from me and Quarles & Brady wanting to help out to now all of the referrals come in to my assistant and she sends it out to our network, and we recruit counsel to represent folks who need representation,” Feinstein says.

In recent years, Feinstein also became involved in two significant pro bono cases that made their way up to the Wisconsin Supreme Court.

She heard in November 2018 that Leonard Pozner, whose 6-year-old son Noah was killed in the mass shooting at Sandy Hook Elementary School in 2012, had filed a defamation lawsuit against James Fetzer in Dane County, Wisconsin.

Fetzer, an emeritus professor at the University of Minnesota Duluth who now lives in Wisconsin, co-edited the book Nobody Died at Sandy Hook: It Was a FEMA Drill to Promote Gun Control. In it, he alleged that Pozner distributed a fake death certificate for Noah to show he was killed at the school.

Feinstein contacted Pozner’s lead attorney and volunteered to serve as local counsel in his case. She viewed it as “a tremendous opportunity to help,” explaining that their arguments were narrowly tailored. They focused on the fact that their client had a certified copy of the death certificate.

“We didn’t want to argue over whether Sandy Hook actually happened and give them a chance to put their conspiracy theories on trial,” Feinstein says. “These people were saying that the death certificate was false, fabricated or forged, which is a crime in Connecticut, where Sandy Hook happened. They were basically saying Lenny was a criminal.”

The circuit court sided with Pozner in June 2019, and a few months later, a jury decided that Fetzer should pay him $450,000 in damages. After the Wisconsin Court of Appeals affirmed the decision last year, Fetzer asked the Wisconsin Supreme Court to review the case. The court dismissed his appeal in February.

Feinstein also represents several LGBTQ student groups from the Madison Metropolitan School District, which was sued by a group of parents in February 2020 after adopting new guidelines that accommodate transgender, nonbinary and gender expansive students.

“The school district looked into this before they passed these guidelines, and in some instances, nonbinary transgender children are not safe going home and telling their parents that they are transgender and nonbinary,” says Feinstein, who is working alongside the American Civil Liberties Union and ACLU of Wisconsin on the case.

The parents argued the guidelines interfere with their constitutional right to raise their children and asked to proceed anonymously in the lawsuit. The Dane County Circuit Court denied that request but allowed them to keep their identities under seal. They appealed the decision.

They also sought an injunction against the school district pending appeal, which was granted by the circuit court in September 2020 on a narrow basis—essentially, Feinstein says, prohibiting district employees from lying to parents.

The Wisconsin Court of Appeals affirmed the lower court decision, and in January, the Wisconsin Supreme Court granted the parents’ petition for re- view.

“Because of this procedural issue that is kind of interesting, we haven’t really gotten to the merits of the lawsuit,” Feinstein says. 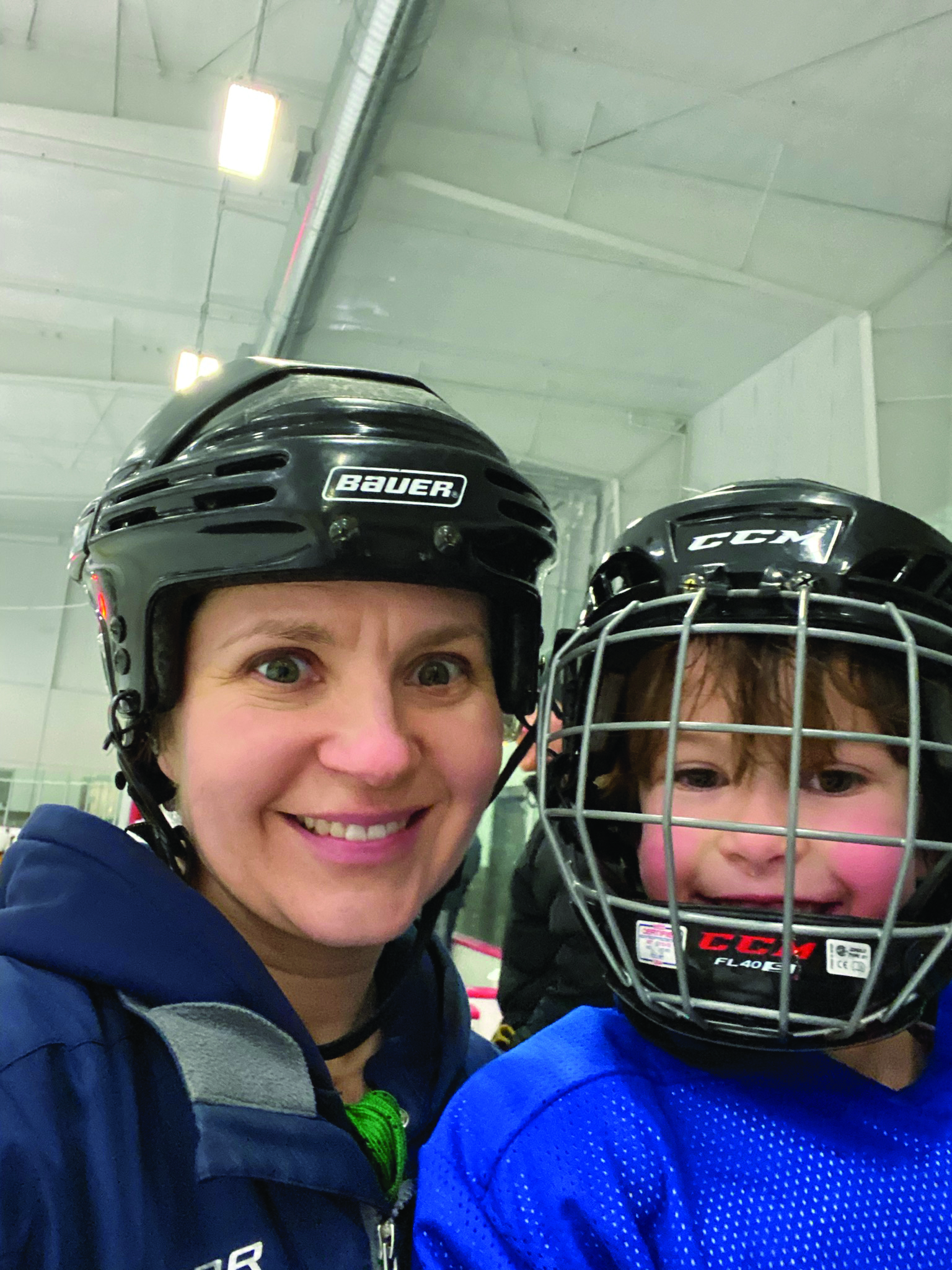 Feinstein has helped make a difference in other ways, including as a hockey player and coach.

She started playing hockey when she was a senior in high school—oddly enough, she says, after her mother learned to play to help coach her younger brother.

She joined a local scrimmage group and later played on the women’s club team at the University of Illinois and on an intramural team called the Tortfeasors in law school.

Feinstein is now a member of the Madison Gay Hockey Association, where she plays with and against LGBTQ athletes. It is the country’s largest gay hockey league but accepts people of all sexualities and gender identifications.

“We have people who have played hockey since they could first put on skates as kids, and people who just started playing hockey this year and everybody in between,” Feinstein says. “It’s a great group of adults who come together because we love the sport, and we want to have fun.”

Kaufman and Feinstein are parents to 11-year-old Max and 9-year-old Caroline, and they both began playing as soon as they could put on skates.

She has also helped other kids get involved in hockey, including the two young daughters of Cecely Castillo, a member of the Dane County Board of Supervisors and the chief of staff to Wisconsin Sen. Kelda Roys.

“Emily is a fantastic coach,” Castillo says. “She really keeps the kids motivated, and she meets them at their level. My [oldest] daughter had done zero skating aside from skating on the pond, so I was a little worried when she started.

“But she makes it accessible for kids of all experiences … and she’s just really encouraging.”