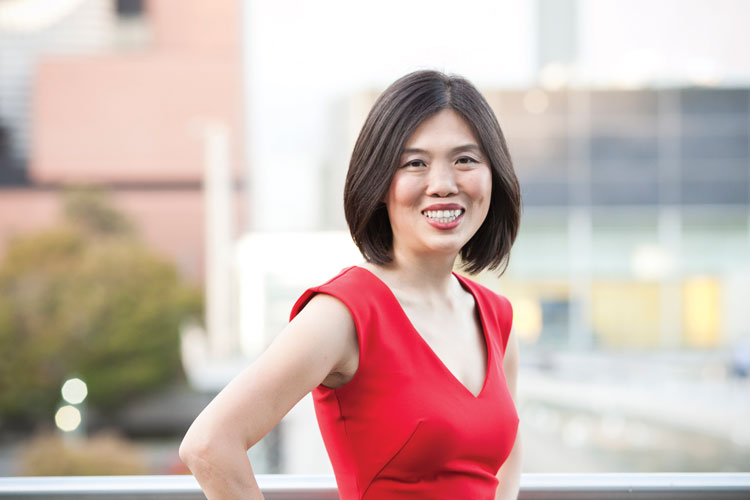 It’s the new year. Time for new or renewed resolutions. Perhaps, like many, you have high aspirations for increasing your well-being. Maybe you will start going to the gym regularly, eat more vegetables or get more sleep. Yet research indicates that 80 percent of New Year’s resolutions fail by February.

Lawyers tend to be overachievers; we value perfection and doing things well. Often it is this mindset that deters lawyers from achieving their goals. Rather than focusing on making small, incremental changes, we expect substantial, rapid results.

When I teach mindfulness and well-being courses to lawyers, I ask the attendees to set a goal that can be accomplished in just six minutes per day. The reason for this is twofold. One, lawyers often measure their time in six-minute increments, so it’s familiar. Second, it’s easily achievable.

Assume you haven’t jogged since high school. Rather than proclaim you will run one hour per day, start with committing to a six-minute walk during lunch every day. The key is to keep the goals easily achievable so that you can experience that sense of accomplishment.

Inevitably, as with creating any new habits, you’ll hit stumbling blocks. This is a critical moment.

Because of our perfectionist tendencies, lawyers will engage in negative self-talk. “I committed to running every day and I haven’t run for a week. I’m so lazy. I’m a failure.”

Don’t waste precious time and resources berating yourself. No matter how long you’ve broken your resolution, simply begin again. This idea of beginning again has been crucial in forming what has become my daily meditation practice over the last six years.

WHAT IS LAWYER WELL-BEING?

As discussed in the recommendations released in August by the National Task Force on Lawyer Well-Being, it isn’t merely about an absence of illness. Well-being is multifaceted.

The task force defined lawyer well-being as a “continuous process whereby lawyers seek to thrive in each of the following areas: emotional health, occupational pursuits, creative or intellectual endeavors, sense of spirituality or greater purpose in life, physical health and social connections with others.”

As lawyers we can spend an inordinate amount of time ruminating, anticipating and planning for the worst-case scenario. Mindfulness is useful for recognizing when our thoughts are helpful or destructive. This includes when we’re engaged in problem-solving or simply replaying thought loops.

The reason why lawyers must care for their own well-being is that it is the cornerstone of being a competent lawyer. Rule 1.1 of the ABA Model Rules of Professional Conduct states that lawyers owe a duty of competence to their clients. Competent representation is defined as requiring “the legal knowledge, skill, thoroughness and preparation reasonably necessary for the representation.”

Rule 3-110(B) of the California Rules of Professional Conduct states that “ ‘competence’ in any legal service shall mean to apply the … mental, emotional and physical ability reasonably necessary for the performance of such service.”

One task force recommendation for maintaining lawyer well-being is mindfulness meditation. Research indicates that mindfulness can reduce rumination, stress, depression and anxiety. At their core, all meditations share the feature of bringing one’s attention to the object of focus—commonly the breath, sounds, other physical sensations or repetition of a mantra.

I started practicing mindfulness meditation after I was diagnosed with social anxiety disorder. The practice of bringing the attention back to something that is constant and accessible, such as the breath, was helpful in soothing the anxious mind.

It makes sense since anxiety is the subjectively unpleasant feeling of dread over anticipated events. By committing to be in the present moment, I naturally spent less time anticipating, playing the “what if” game.

Jeena Cho consults with Am Law 200 firms, focusing on actionable strategies for stress management, resiliency training, mindfulness and meditation. She is the co-author of

The Anxious Lawyer: An 8-Week Guide to a Joyful and Satisfying Law Practice Through Mindfulness and Meditation. Cho practices bankruptcy law with her husband at the JC Law Group in San Francisco.

This article was published in the January 2018 issue of the ABA Journal with the title “Starting Small: It’s time to make an achievable lawyer well-being resolution.”