No Twitters: Law Blogs Hold Their Own 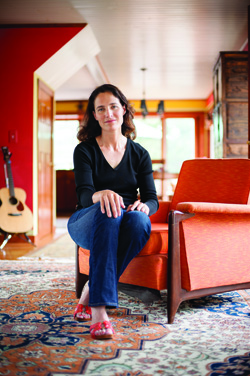 Martha Sperry: “The over-35 crowd… has mostly found their voice and is looking for a way to use it.” Photo by Jared Leeds.

While some digital doomsayers warn that a Twitter post will soon be the most our attention spans can deal with, don’t write off the unapologetically cerebral just yet. According to findings from a Pew Research Center Internet study, longer-form Web media—specifically blogging—is actually gaining in popularity among people 34 and older.

Those figures come as no surprise to law bloggers like Boston-area attorney Martha Sperry, author of the blog Advocate’s Studio: “The over-35 crowd, in my opinion, is a group that has mostly found their voice and is looking for a way to use it. I use long-form blogs as resources when I research topics more serious than where to find a good Chinese restaurant.”

Kevin O’Keefe, CEO and publisher of LexBlog in Seattle, agrees. “Twitter may have no equal when it comes to the sharing and the distribution of news and information,” O’Keefe says. “But Twitter just moves information. People looking for insight and commentary from experts in niches in the law and industry will look to blogs as much, if not more, than any other source.”

Adds New Orleans lawyer Jeff Richardson, publisher of the iPhone J.D. blog, “Some ideas demand more than 140 characters. I suspect that lawyers understand that more than most others.”

THE LONG AND SHORT OF IT

“In the case of my blog,” Goldman says, “I’ve found that a thoughtful retrospective about a recent news event, even a few days later and even if the post is thousands of words long, can generate massive traffic. To me, that’s powerful evidence that once people know what happens, they are eager—even anxious—to figure out why it matters, and they will happily read lengthy blog posts to provide that insight.”

Goldman has racked up similar successes. “I promote links to all of my blog posts via Twitter, as well as Facebook, LinkedIn and Google+. When I post a link to my blog, frequently some of my Twitter followers will share the post with their audiences, expanding my exposure to an even broader group of people. I don’t have to ask for these retweets. Twitter users do it freely.”

Adds Sperry: “In 2011, YouTube had more than 1 trillion views. Why would you ignore these outlets if you are interested in making your point to others?”

Despite the encouraging figures about older types and blogging, many law bloggers are fully aware that blogging among the especially young has all the appeal of an eight-track tape. The same Pew Center study, for example, found that blogging among children 12 to 17 fell by half during 2006-2009, and among 18- to 33-year-olds it dropped 2 percent.

Such figures have blog evangelists wondering whether youngsters’ attention spans are really shrinking, or are the kids simply working with technology they can readily get their hands on—smartphones with tiny screens? “Man cannot live on 140 characters alone,” says Matt Mullenweg, founder of WordPress, one of the world’s most popular blogging platforms. “I personally think that the trend toward shorter-form content was caused by the explosion of smartphones and will be reversed by tablets like the iPad.”

Sperry adds that “it isn’t always easy to engage with large quantities of text on a tiny screen, although apps like Readability, Read It Later, Instapaper and mobile Safari’s own built-in Reader function do help quite a bit.”