Out of the Crowd: Public-Supplied Info Gains Ground in Courts 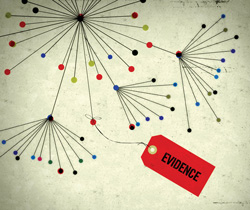 In past years it wasn’t uncommon for a law firm, hired to defend a lucrative patent, to send associates and law clerks on time-consuming, poorly directed missions to scour old filings and Internet databases in search of prior art to determine the origins of the invention in question.

No more. Lawyers and clients are harnessing the collective search power of online global communities to uncover a single piece of existing artwork that could turn a multimillion-dollar lawsuit. They’re crowdsourcing.

In a legal landscape where companies are more focused on patent defense, and digital-industry leaders are being sued at an increasing rate, the ability to reach millions of researchers worldwide who are adept at finding obscure tables, images and foreign documents is invaluable.

“For many clients like Microsoft and Philips, many of the assertions [against them] are poor quality,” says Ray Felts, San Francisco-based president of Article One Partners, which specializes in online patent studies for clients. “In their view, there is no way certain patents are valid because the technology has been around for years, but they can’t always find proof to make that case.”

Article One Partners develops patent studies that typically run six weeks, and asks targeted communities of scientists and other specialists to find relevant artwork for rewards that range from $5,000 to $50,000, depending on the nature of the dispute. The company then filters the submissions, sends the top selections to the client, and announces the winner of the best entry on its website.

For clients, “the power is awareness of this treasure chest of nonpatent literature and publications that are not in English,” Felts says. “It also offers the chance for the public to help solve a problem that they will end up paying for at the register.”

Crowdsourcing isn’t just for the patent set. Consumer reviews on a social media website provided important evidence in a trademark dispute in June when fast-food chain Chipotle sued another establishment called Chipotles for infringement. One key factor in the court’s decision to grant the plaintiff injunctive relief was the actual confusion among consumers demonstrated on customer review sites Urbanspoon and Yelp, where reviews erroneously linked the plaintiff and defendant.

“The case gives a good example of how companies (and their competitors) should be aware of how their brands appear in social media,” wrote Chicago-based intellectual property lawyer Evan Brown on Internet Cases: A Blog About Law and Technology.

Although the Arkansas federal court considered consumer reviews in the Chipotle dispute, crowdsourcing for admissible evidence may be a stretch in future cases as courts are likely to find user comments posted online as hearsay, particularly online user comments with no verifiable identity attached, Brown added. And it’s unlikely that an online consumer company like Yelp would comply in a civil suit to turn over commenters’ credentials or IP addresses for verification.

However, those concerns didn’t stop London’s Metropolitan Police from posting images taken from British surveillance cameras of alleged rioters on the photo-sharing website Flickr this summer, asking the public to identify people in the photos for arrest. In this way, crowdsourcing was a digital version of circulating wanted posters and collecting the responses—only on a much more visible lamppost.

Says Ross Kimbarovsky, a former patent litigator and Chicago-based founder of the creative-project website Crowdspring.com: “The increase in mobile applications that aggregate photos or videos that people may take can possibly provide much more admissible evidence than in the past, as well as an easier path to authentication.”