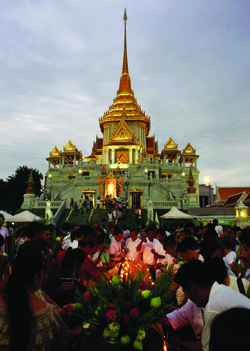 James Goldberg knows firsthand about the potential dangers of overseas health care. In 2006 Goldberg’s son died in Thailand after going to a hospital there because of numbness in his leg.

The death of his son launched Goldberg on a three-year quest to find a lawyer to sue the hospital. Goldberg, who believes his son was murdered so his organs could be illegally harvested, said he contacted hundreds of attorneys and spent hundreds of thousands of dollars seeking legal redress. Ultimately, he came up short.

Goldberg’s journey prompted him to self-publish The American Medical Money Machine: The Destruction of Healthcare in America & the Rise of Medical Tourism. Now Goldberg, a biomedical engineer, is using the expertise he gained to launch an advisory service to assist personal injury attorneys who want to litigate foreign medical-malpractice cases in the U.S. The service also will help patients considering overseas health care to evaluate the credentials of hospitals and physicians so they can make informed decisions.

As part of his work, Goldberg is attempting to find other ways to hold foreign health care providers liable in U.S. courts. Among several strategies he advocates is holding accountable overseas hospitals using the Internet to promote their services under false advertising claims if results fall short of promises.

“It is a mistake to think there is not a way to be able to lodge litigation in the United States,” he says. “One just has to think out of the box.”

“Virtually all medical liability is local. It is governed by state tort law,” he says. “It’s pretty hard to haul a foreign national into court in the United States unless you’ve got a significant federal question. Sovereign nations have their own traditional systems and remedies.”

That’s not stopping Goldberg, who believes that more insurers will push people to seek health care overseas as a result of the new federal health care law.

“This is just beginning to gain steam, the exportation of medical patients,” he says.