The Bush administration’s expansive view of presidential power has been at the center of the legal debate since 9/11. Supporters maintain that presidents need a greater authority to act during war than in peacetime, and that the courts have historically granted them that leeway. Opponents claim the administration has overstepped its constitutional boundaries and has intruded into the lives of ordinary Americans in unprecedented ways.

The debate over appropriate limits to executive authority is likely to be one of George W. Bush’s longest-lasting legacies.

Over the past six years, a host of lawyers have had a hand in crafting the administration’s assertive legal arguments. These five attorneys have been—either by virtue of their titles or by dint of their arguments—among the most influential. 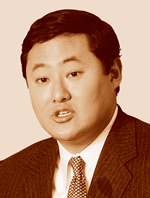 Yoo is currently a law professor at the University of California at Berkeley, but between 2001 and 2003 he put his mark on American law while at the U.S. Justice Department’s Office of Legal Counsel. During that period he drafted or helped draft the opinions defining the U.S.’s legal approach to terror cases. In a Jan. 9, 2002, memo (PDF), he declared the Geneva Conventions’ strict limitations on questioning of enemy prisoners obsolete. He has also argued for an expansive interpretation of presidential powers in wartime, including the right to authorize torture.

Yoo has been criticized not only for endorsing torture, but also for promoting an overly expansive theory of presidential authority in wartime—to the extent that some critics believe has actually hurt his cause rather than helped.

“I’m someone who’s a strong believer in pres­idential power in time of war,” says Neal Katyal, a Georgetown University law professor who argued the case Hamdan v. Rumsfeld, 126 S. Ct. 2749 (2006), which found the military commissions used to try terror suspects illegal. “I’m afraid that the way they’ve gone about asserting authority has made it harder to give the president what he needs.”

Yoo’s view has been watered down in successive Justice Department opinions and repudiated in U.S. Su­preme Court rulings, including Hamdan. But he says he stands by his arguments and points out that his perspective is at least partially enshrined in current law, including the Military Commissions Act of 2006.

“The president and Congress both agree for the most part with the de­tention policy set out by the Justice Depart­ment in the days after 9/11,” he says. “What the department could not predict is that some of the justices on the Su­preme Court would override its usual doctrines of judicial restraint during war and so willingly overturn the legal structure set up by the court’s own precedents in this area.” 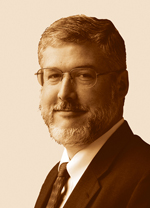 As Vice President Dick Cheney’s former general counsel and now chief of staff, Addington is often credited with coordinating the Justice Department and Defense Department efforts that resulted in the now infamous “torture memo” issued in the spring of 2003. Addington is seen as having a talent for behind-the-scenes maneuvering, allowing him and Cheney to influence the legal process.

Addington is averse to giving interviews (he did not return the ABA Journal’s calls), and his name is rarely connected to any specific initiatives. Yet he’s been instrumental in shaping administration policy. Indeed, Addington worked with Cheney as staff attorney in the mid-’80s on the joint U.S. House-Senate committee that investigated the Iran-Contra scandal, when both argued that Congress didn’t have the authority to tie the president’s hands in foreign relations.

The war on terror has given these proponents of broad executive authority an opportunity to assert and consolidate powers for the executive branch. Ob­serv­ers say that Addington and Cheney have been very effective at making sure that nothing happens without their knowledge, then influencing events from behind the scenes to make sure they get the outcomes they want.

“I was in a pretty good position in the House Intel­ligence Committee [as minority staff director] to see a number of times that things were always amended to explicitly include the office of the vice president in getting information,” says Suzanne Spaulding of Washington, D.C., now chair of the Advisory Committee to the ABA’s Standing Committee on Law and National Security.

“It became general practice for everything to flow across the vice president’s desk.”

But some insiders say the omniscience attributed to Addington is overblown. Yoo says in no uncertain terms that the legal opinions that form the underpinnings to the war on terror were written entirely by the Justice Department.

“I think the role of Cheney and Addington are exaggerated,” says Yoo. “I am struck at how critics of the administration turn honest policy disputes into conspiracy theories.” 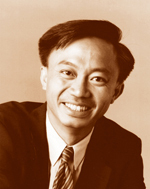 Like other prominent former government attorneys, Dinh has moved into teaching. He’s now on the faculty at the Georgetown Uni­versity Law Center, where he teaches constitutional law.

The son of Vietnam­ese immigrants, Dinh graduated from Harvard Law School before going to work in various private sector and government jobs. Dinh got his start in government as as­sociate special counsel to the U.S. Senate Banking Committee for the Whitewater investigation.

While working as U.S. assistant attorney general, Dinh was one of the principal authors of the USA Patriot Act, which has expanded government authority to conduct surveillance. “As John Yoo was the prime driver behind the new detention policies, Viet Dinh was the one most responsible for the Patriot Act and electronic surveillance law,” says Marc Rotenberg, executive director of the Electronic Privacy Infor­­mation Center.

Unlike new legal policies for detaining, interrogating and trying terror suspects, the Patriot Act has remained much as it was originally passed, despite legal challenges and renewal requirements.

“It’s been largely left intact except for a few minor adjustments on issues like snooping on libraries,” says Vermont Law School professor Stephen Dycus, who has written extensively on national security law issues. “Congress has been reluctant to change or reject even the most sweeping sunsetted provision when they come up for renewal.” 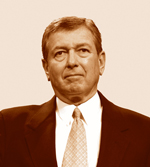 As attorney general on 9/11, Ashcroft oversaw the first wave of post-attack terrorism cases. Among those were United States v. Moussaoui, in which Justice Department attorneys struggled with the problem of prosecuting a high-profile suspect while maintaining intelligence secrets.

Before becoming attorney general in 2001, Ashcroft was known as a reliably conservative member of the Senate. However, he also made notable stands for protecting privacy rights, including fighting the Clinton administration’s proposed Clipper chip, a cryptographic device that he thought would give the government too much surveillance power over digital communications. He also convened the first and only Senate hearing on racial profiling, which he called unconstitutional.

As attorney general, Ashcroft fought hard to pass sweeping new surveillance powers for law enforcement. Yet he never abandoned his support of privacy rights, at least behind the scenes.

“In some ways it’s ironic that Ashcroft, who we know pushed for more powers for the executive branch, turned out to be one guy who, internally at least, objected to the president’s claim to have inherent authority to wiretap without judicial review,” says Rotenberg.

Observers say that Ashcroft and several deputies, including Deputy Attorney General James Comey and former Assistant Attorney General Jack Goldsmith, were also able to draw the line against certain sweeping powers sought by the administration. The full story is not yet known, but as opposed to his successor, Alberto Gonzales, Ashcroft and others in his office insisted on more oversight for wiretapping and other intelligence activities.

And while Ashcroft was successful in getting most of the expanded powers that law enforcement sought, he also endured setbacks. For example, he sponsored the creation of Operation TIPS, a domestic program in which workers and government employees would tip off law enforcement to potential terror threats, which was criticized as Orwellian and abandoned.

Ashcroft’s health dogged him throughout his tenure, and it was cited as one of the reasons he stepped down in February 2005. Since leaving government service, he has been engaged in lobbying and has taken a teaching post with Regent University in Virginia Beach, Va. 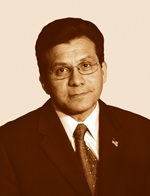 Since becoming general counsel in 1994 to then-Texas Gov. George W. Bush, Gonzales has been an unfailingly reliable and compliant lawyer for his main client.

As White House gen­eral counsel, Gonzales gave the president primary legal advice re­garding interrogation and incarceration for terror­ism suspects. He also coordinated the legal analysis by the Justice Department’s Office of Legal Counsel for the president and various executive agencies on the subjects of detention, interrogation and the president’s war powers. [See a Pentagon working group’s 2003 report (PDF) on interrogation methods.]

Later, succeeding Ashcroft as attorney general, Gonzales coordinated efforts with Addington to expand the president’s authority in such matters. Gonzales’ name also appears as the author of the Jan. 25, 2002, memorandum (PDF) that concluded that the Geneva Conventions should not apply to the current war on terrorism.

Critics charge that this memo gave legal sanction for abuses that sometimes plagued U.S. forces in their detention and interrogation of terror suspects. Gonzales has been called before Congress several times to testify about government policy in anti-terrorism efforts and wiretapping, and he has proven to be an ardent de­fender of administration policy aims. “As this story plays out, it’s clear that Gonzales is willing to defend positions Ashcroft might not have defended,” says Rotenberg. “When it comes to surveillance and sub­poenas, it may turn out that Mr. Gonzales has a more expansive view of executive authority.”

Gonzales was heavily criticized for arguing that Article III of the Geneva Conventions was “quaint,” although it should be noted that he was specifically referring to the provision ensuring prisoners access to “commissary privileges, scrip, athletic uniforms and scientific instruments.”

However, he has run into trouble defending all of his positions to Congress. For example, when asked about Yoo’s January 2002 memo, he told the Senate, “I don’t recall today whether or not I was in agreement with all of the analysis, but I don’t have a disagreement with the conclusions then reached by the department.”

Gonzales has remained attorney general despite a swell of congressional criticism from members of both parties regarding inconsistencies in his testimony on a variety of Justice Department policies, including its response to the war on terror.