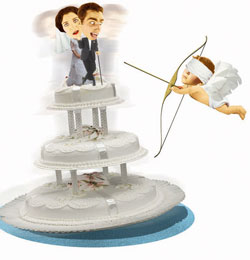 It seems safe to say that most people want to get married at some point in their lives, for one reason or another—stability, money, even love. Marriage is viewed as a building block for establishing and maintaining strong family values.

But if marriage is the bedrock of society, then why do so many people seem to have so much difficulty getting to the altar (or city hall, or Elvis-themed Las Vegas chapel)?

Then there are those who have yet to even make it to the status of “couple.” They’re still dipping their toes in the dating pool, trying to get someone to invite them for a swim. Some use computer services to make dating less of a gamble, though a group of Match.com clients say the cards are stacked against them.

In a class action lawsuit filed in late December in the Northern District of Texas, plaintiffs allege that the company purported to have “millions” of active subscribers when, in actuality, more than half of the online profiles are either fake or belong to inactive members or people who’ve canceled their memberships.

These lovelorn plaintiffs ain’t gettin’ any younger, you know, and they don’t want to waste time pitching woo to nonexistent or unavailable objects of desire.

Match.com denies the allegations thusly: “The claims have no merit and Match.com will defend the lawsuit vigorously.”

Other impediments to marriage can also result in both sides lawyering up. Some lovebirds, for example, make it through the dating phase and get tantalizingly close to wedded bliss, only to have it all go to Hades because of, say, a nasty argument or a case of cold feet. Hoffman Estates, Ill., lawyer Dominique Buttitta says she’s a victim of the latter.

Her intended, Vito Salerno of Barrington, called off the wedding, she says, only four days ahead of time. Buttitta filed a lawsuit in December in Cook County Circuit Court alleging breach of promise and intentional infliction of emotional distress.

Salerno fired back with a lawsuit of his own, seeking the return of the engagement ring, which he claims is worth more than $45,000.

After that the whole situation sort of devolved into a he said/she said type of thing:

• He said her family interfered, even nixing his choice of song for the first dance.

• She said it was humiliating having to contact the 225 guests because she’d been stood up.

• He said he was pressured to sign a prenup.

Eventually, all that will matter will be what a judge said.

So, if society doesn’t put up enough roadblocks in our quest for matrimonial nirvana, we help out by erecting our own.

It’s a good thing polygamy is outlawed, because we haven’t even got this monogamy thing down yet.