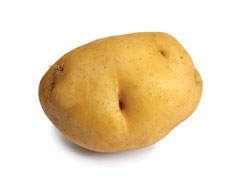 It’s been almost 45 years since Eugene Fidell graduated from law school, but he still can’t forget how one of his Harvard Law School professors pronounced the names of the parties in the Supreme Court case Hanna v. Plumer.

“ ‘Plummah,’ not ‘ploomer,’ ” Fidell says of the New England-accented pronunciation. “It stuck with me, and over the years I realized that there were quite a few cases where the parties’ names” could be pronounced differently. The memory helped inspire the creation of a pronunciation dictionary for high court cases, offering the curious what Fidell and his researchers determined were the most-likely correct pronunciations for the names of hundreds of parties appearing before the Supreme Court. The dictionary is hosted on Yale Law School’s library website.

Fidell, a visiting lecturer at the law school, notes that identifying which cases to include was not nearly as hard as figuring out the correct pronunciations. He and his students consulted linguistics experts and foreign language professors. In other cases, some digging was required.

To learn how to properly pronounce the first party in McCulloch v. Maryland, the group went to the Society of Cincinnati. A call to the county hall of Gratiot, Mich., provided the proper pronunciation for Gratiot County State Bank v. Johnson.

In one instance, the answer came through social media, says 3L Sally Pei, who worked on the project. Through Google, Pei found a relative of Albert L. Trop (Trop v. Dulles) and contacted him through Facebook. Much to her surprise, the relative responded with not only the proper pronunciation but also a brief history of the name.

Fidell, Pei and Jason Eiseman, head of technology services for the Lillian Goldman Law Library, voiced the pronunciations for the site.

Eiseman says the project has given him a newfound appreciation for case names. When he attended a preview of the fall term, he started wondering whether panelists were pronouncing the names correctly.