11th Circuit upholds CDC freeze on evictions due to COVID-19 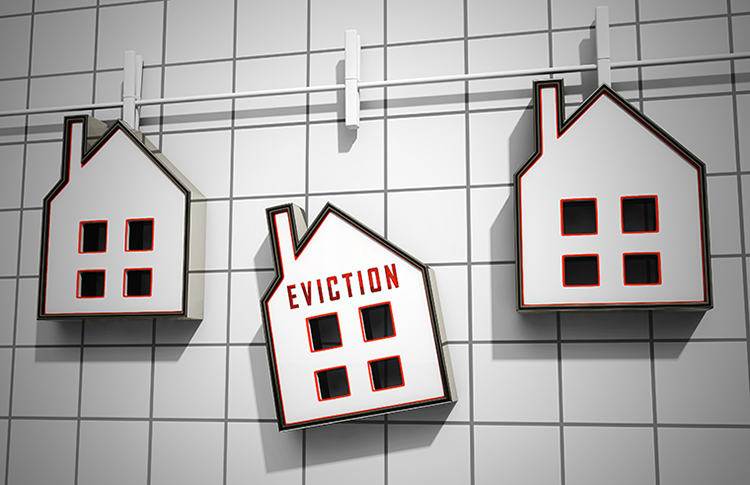 A landlord’s inability to evict delinquent tenants during the COVID-19 pandemic does not constitute an irreparable injury, a federal appeals court has ruled.

In its 2-1 opinion on Wednesday, the 11th U.S. Circuit Court of Appeals at Atlanta said the landlords who brought the lawsuit failed to show that the Centers for Disease Control and Prevention’s moratorium on evictions violated their constitutional rights, they had been deprived of access to their property or they would never recover unpaid rent from insolvent tenants.

“Because the landlords ‘did not carry the burden as to irreparable harm,’ we must affirm the denial of a preliminary injunction,” Judge Britt Grant wrote for the majority.

The moratorium on evictions was first put place under the CARES Act in March 2020, and then after the CDC issued its temporary order in September. It has been extended several times, and as the Atlanta Journal-Constitution reported in earlier coverage, it will remain in effect until July 31.

While the moratorium doesn’t permit tenants to stop paying rent, it does prevent landlords from evicting tenants who fail to pay rent while it is in place. As Courthouse News Service reports, landlords can begin eviction proceedings in court if the eviction happens after the moratorium expires.

The National Apartment Association and landlords in four states filed a complaint challenging the CDC’s eviction moratorium in September. According to Courthouse News Service, their attorney Caleb Kruckenberg of the New Civil Liberties Alliance told the court during oral arguments in May that it leaves his clients without “any meaningful remedy” to evict tenants who fall behind on their rent.

Grant disagreed, writing in the court’s opinion that landlords failed to provide evidence that the “usual tools for collecting on a civil judgment for unpaid rent would be ineffective.” As one example, she said a landlord in South Carolina would have 10 years to collect on such a civil judgment. If the tenant did not make payments, the landlord could then attach a levy or lien to his or her real estate and non-exempt personal property.

The judge added that other states, not including South Carolina, allow landlords to garnish a tenant’s wages to recover on a civil judgment against them.

“The landlords have given us no reason to think that these substantial collection tools would be inadequate,” Grant wrote.

The 11th Circuit also rebuffed the plaintiffs’ other arguments. The court held that only certain First Amendment and right-of-privacy claims can cause irreparable injuries. It also held that threatening to foreclose on or take another person’s real property could constitute an irreparable injury, while the “temporary inability to reclaim rental properties” does not.

“The court’s decision sets a dangerous precedent about what an administrative agency can get away with when it utters the word ‘emergency,’” Kruckenberg said in a statement on Wednesday.

The CDC did not respond to a request for comment from Reuters.