11th Circuit blasts BigLaw partner for remand argument against its mandate; 'We really did mean it' 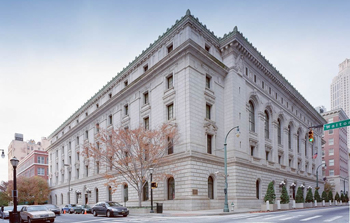 A federal appeals court is blasting a Troutman Sanders partner for a successful argument on remand in a dispute between Winn-Dixie and competitors Big Lots and Dollar General.

The Atlanta-based 11th U.S. Circuit Court of Appeals said it had directed the trial judge on remand to apply a 2002 Florida appellate decision in a suit claiming Big Lots and Dollar General violated lease clauses at several stores in the state.

But Troutman Sanders partner Brian P. Watt persuaded the trial judge on remand to apply the precedent to only 14 of the defendants’ stores, rather than 41 stores as directed by the appeals court. The defendants’ counsel decided to “save a couple of rounds” for the remand argument, a strategy that will not work, the 11th Circuit said. Law360 covered Wednesday’s decision.

“Needless to say (or maybe not), a district court cannot amend, alter or refuse to apply an appellate court’s mandate simply because an attorney persuades the court that the decision giving rise to the mandate is wrong, misguided or unjust,” the panel said in an opinion by Judge Ed Carnes. “A district court can, of course, wax eloquent about how wrong the appellate court is, but after the waxing wanes the mandate must be followed.”

The lease clauses at issue had been demanded by Winn-Dixie in its own lease negotiations. Winn-Dixie required that neighboring stores must agree to limit the grocery products they can sell. Winn-Dixie’s suit claimed the competitor stores in five states were devoting more floor space to grocery sales than permitted in their leases.

The Florida precedent, Winn-Dixie Stores v. 99 Cent Stuff-Trial Plaza, had defined “groceries” and “sales area.” Watt had successfully argued on remand that 99 Cent did not apply to leases signed before the decision was issued.

The 11th Circuit said its original instructions were clear and they “did not leave room for confusion or genuine doubt.”

“There is no imprecision in those instructions, no room for evasive interpretation, in short, there is no legitimate basis for applying what we said only to a subset of the 41 Florida stores,” the appeals court said. “We don’t know what else we could have said other than, perhaps, ‘and we really mean it.’ Well, we really did mean it. And we still do.”

The appeals court questioned why the lawyers waited to argue that the 99 Cent decision did not apply to the older leases.

The lawyers “could have made their new, belated arguments in a petition for rehearing after our decision was issued. But they didn’t bother to file one. Apparently, their idea of a good strategy is not to fire all of one’s shots in the court of appeals but to save a couple of rounds to shoot down the appellate decision after we send the case back to the district court for our decision to be carried out. That is not a strategy that will or should work.”

Watt didn’t immediately respond to an email request for comment.