6th Circuit nominee wrote more than 400 blog posts under pseudonym; should they sink his nomination? 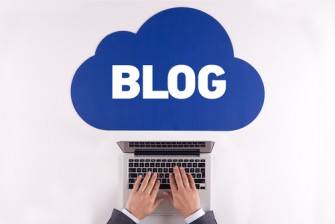 The blogger who identified himself as “G. Morris” on the blog Elephants in the Bluegrass was actually John K. Bush, a partner and co-chair of the litigation department at Bingham Greenebaum Doll in Louisville, Kentucky.

Bush disclosed his blogging in a Senate Judiciary Committee questionnaire after he was nominated to the Cincinnati-based 6th U.S. Circuit Court of Appeals earlier this month, BuzzFeed News reports.

Bush wrote more than 400 blog posts from 2007 to 2016 on the blog founded by his wife, lawyer Bridget Bush, according to BuzzFeed.

In his blog posts. Bush called for repeal and replacement of the Affordable Care Act, opposed public financing of political campaigns, and wrote that the two greatest tragedies in the United States were slavery and abortion. He also called U.S. Sen. Ted Cruz a sore loser.

The Alliance for Justice calls Bush’s blog posts “inflammatory and, often, offensive” in a post at its Justice Watch blog. The blog asserts that Bush’s posts raise serious concerns about whether Bush will be able to approach the issues with an open mind, and they should disqualify him for a seat on the federal bench.

“While Bush pontificates on a broad swath of issues,” Justice Watch says, “one common theme runs throughout his writings: Bush displays a remarkable contempt for any issue he deems liberal or progressive.”