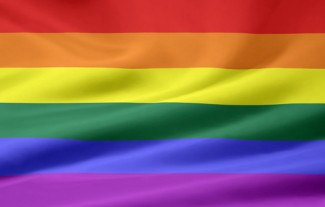 Joining with federal appeals courts that have declared bans on same-sex marriage in Oklahoma, Utah and Virginia to be unconstitutional and affirming rulings by trial-court judges in Indiana and Wisconsin, a three-judge panel of the Chicago-based 7th U.S. Circuit Court of Appeals held that similar prohibitions in those two Midwestern states violate equal protection.

“More than unsupported conjecture that same-sex marriage will harm heterosexual marriage or children or any other valid and important interest of a state is necessary to justify discrimination on the basis of sexual orientation,” writes Judge Richard Posner in the court’s ruling (PDF). “The grounds advanced by Indiana and Wisconsin for their discriminatory policies are not only conjectural; they are totally implausible.”

The ruling puts the 7th Circuit on the same page with 4th Circuit and 10th Circuit rulings on same-sex marriage in recent months. They are already headed to the U.S. Supreme Court, and it appears likely that today’s 7th Circuit decision will be included among these appellate rulings when the nation’s top court considers the issue, USA Today says.

The Associated Press, the Indianapolis Star, the Journal Sentinel and the National Law Journal (sub. req.) also have stories.

“Formally these cases are about discrimination against the small homosexual minority in the United States,” writes Posner at the outset of today’s opinion. “But at a deeper level, as we shall see, they are about the welfare of American children. The argument that the states press hardest in defense of their prohibition of same-sex marriage is that the only reason government encourages marriage is to induce heterosexuals to marry so that there will be fewer ‘accidental births,’ which when they occur outside of marriage often lead to abandonment of the child to the mother (unaided by the father) or to foster care. Overlooked by this argument is that many of those abandoned children are adopted by homosexual couples, and those children would be better off both emotionally and economically if their adoptive parents were married.”