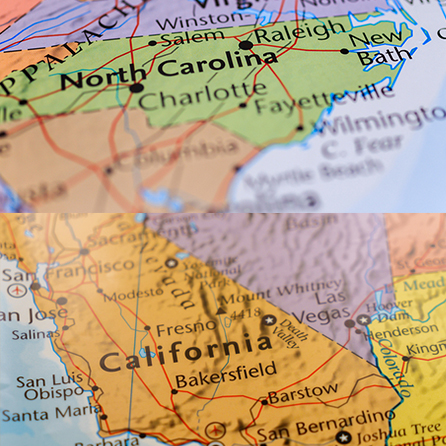 In the aftermath of California’s and North Carolina’s mandatory state bars relinquishing their seats in the ABA’s House of Delegates, the House has formed a working group to study issues surrounding state bar participation in the policymaking body.

House Chair William R. Bay says the working group he established is reviewing concerns that state bars have raised and is considering the impact that their reduced involvement would have on the House’s work.

“We have heard some concerns that some of the [House’s] resolutions were not within the core concerns of mandatory state bars,” Bay says. “Our goal is always to improve the House in an effort to continue to be a place where every viewpoint in our profession can be heard and considered.”

The new working group, chaired by immediate-past ABA President Bob Carlson, has been tasked with developing recommendations by the 2020 ABA Annual Meeting that could address the issues that some bars have voiced.

Carlson says the group has already begun gathering information, and it will host a listening session this week during the ABA Midyear Meeting in Austin, Texas, as part of that process. The one-hour session is set for Feb. 15 at 11 a.m. in the Lone Star Ballroom (Salon B, level 3) of the JW Marriott in Austin.

“The goal is to get input from as many different folks as possible,” says Carlson, a former State Bar of Montana president.

The State Bar of California began relinquishing some of its 11 delegate seats following a legislatively mandated de-unification that was effective in 2018 and split off its sections into a new voluntary bar, the California Lawyers Association.

The House approved the gradual transfer of five of the state bar’s seats to the CLA at the 2019 ABA Midyear Meeting.

Ahead of the ABA Annual Meeting last year, the State Bar of California advised its delegates not to vote on 33 of the 57 agenda items because they “concerned political or ideological issues that were not germane to regulation of the legal profession or improving the quality of legal services.”

The U.S. Supreme Court’s Keller v. State Bar of California ruling in 1990 said mandatory dues attorneys pay to state bars could not be used for political or ideological activities that were not germane to regulating the legal profession or improving the quality of legal services.

In a November 2019 letter to the House’s Committee on Credentials and Admissions, the State Bar of California said it wanted to give up five of its six remaining delegate seats to the CLA as the final step in the separation of its work from the voluntary association.

The North Carolina State Bar informed the ABA in an August 2019 letter that it was relinquishing all six of its delegate seats in the House. The bar’s letter did not give a reason why the decision was made, and Executive Director Alice Neece Mine declined to comment beyond the letter she signed.

The voluntary North Carolina Bar Association has petitioned to receive the seats previously allocated to the mandatory state bar.

The House will decide at this year’s midyear meeting whether to award the seats given up by the mandatory bars in North Carolina and California to the voluntary statewide bars in those states when it votes on Resolution 200.

The Committee on Credentials and Admissions has recommended that the California Lawyers Association receive two of the five seats given up by the State Bar of California at this time, and the remaining three seats would remain with the state bar “until the end term/conclusion of the 2020 annual meeting because CLA is not yet eligible for them.”