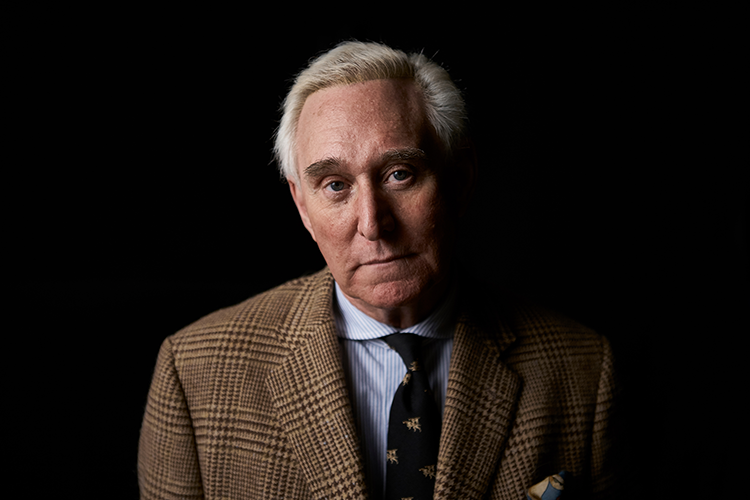 Photo of Roger Stone in 2017 by Cornelius O’Donoghue / Shutterstock.com.

Martinez said in a statement that the ABA is “deeply troubled” by the decision, and the president’s commutation power should not be used “to undermine justice or law enforcement.”

The White House announced the decision to commute Stone’s sentence on Friday, calling Stone “a victim of the Russia hoax.” The White House statement said Mueller prosecutors were “out of control” and their charges were “borne of frustration and malice.”

Stone was convicted for obstructing the congressional probe of Russian election influence, tampering with a witness, and lying to Congress. The lies concerned Stone’s contacts with the Trump campaign regarding WikiLeaks’ plans to release documents damaging to Hillary Clinton. He was sentenced to 40 months in prison in February, but had not yet reported to prison, the New York Times and the Washington Post reported.

Stone’s sentencing process was itself controversial. Federal prosecutors had sought a sentence of seven to nine years in prison, but were overruled by the U.S. Justice Department, which told the court the initial recommendation “could be considered excessive.” All four prosecutors withdrew from the case, and two of them resigned their jobs.

“The American Bar Association is deeply troubled by the decision to commute the 40-month prison sentence of Roger Stone. A longtime friend and political consultant to the president, Stone was convicted by a jury on seven charges, including lying to Congress and witness tampering, conduct that threatens the integrity of our legal processes.

“While the Constitution affords the president broad power to commute, that power, like the power to pardon, should be exercised only through an orderly process with careful consideration given to the rule of law. Neither power should be used to undermine justice or law enforcement.”

“The Russia investigation was of paramount importance,” Mueller wrote in a Washington Post op-ed. “Stone was prosecuted and convicted because he committed federal crimes. He remains a convicted felon, and rightly so.

“Russia’s actions were a threat to America’s democracy. It was critical that they be investigated and understood. By late 2016, the FBI had evidence that the Russians had signaled to a Trump campaign adviser that they could assist the campaign through the anonymous release of information damaging to the Democratic candidate. And the FBI knew that the Russians had done just that: Beginning in July 2016, WikiLeaks released emails stolen by Russian military intelligence officers from the Clinton campaign.”

Mueller said Stone was “a central figure in our investigation” because he communicated in 2016 with individuals known to be Russian intelligence officers, and he claimed to have advance notice about the release of the stolen emails.

Stone “lied about the identity of his intermediary to WikiLeaks,” Mueller said. “He lied about the existence of written communications with his intermediary. He lied by denying he had communicated with the Trump campaign about the timing of WikiLeaks’ releases. He in fact updated senior campaign officials repeatedly about WikiLeaks. And he tampered with a witness, imploring him to stonewall Congress.”