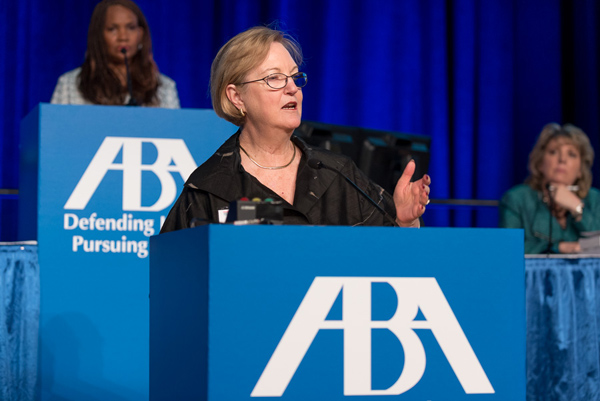 The ABA House of Delegates on Tuesday voted against a proposal to tighten bar passage rate standards for accredited law schools.

Under ABA rules, the house can send the proposed rule, Resolution 110B, back to the Council of the Section of Legal Education and Admissions to the Bar twice for review with or without recommendations, but the council has the final decision on Standard 316 and other matters related to law school accreditation.

A storm of criticism has surrounded Standard 316’s proposed revision, which would have required that to meet accreditation standards, 75 percent of a law schools’ graduates must pass a bar exam within a two-year period. At a notice and comment hearing the section held in August, various groups, including the National Black Law Students Association (PDF), testified that the proposal failed to address racial inequities in the law school admissions process and legal education.

According to data here (PDF) and here (PDF) submitted for the hearing by William Patton, a professor emeritus at Whittier Law School, 33.4 percent of black students in California and 29.8 percent of the state’s Hispanic law students attend the five ABA-accredited law schools that would be most at risk of violating the proposed revision.

And in January, the Association of American Law School’s Law School Deans Steering Committee wrote the council to ask it to withdraw the proposal, based on concerns about different state bar scoring standards, falling bar-passage rates and a lack of diversity in the profession.

No accredited law school has ever been out of compliance with Standard 316 (PDF), and there are various ways to meet its current requirements. One is that at least 75 percent of graduates from the five most recent calendar years have passed a bar exam, or there’s a 75 percent pass rate for at least three of those five years.

The House heard statements by 10 speakers, five each for those favoring and opposing the proposed amendment to the current standard. The push and pull between the two concerned the impact of the economic downturn beginning in 2007, which hurt the market for legal services. At the same time, law school tuition rose significantly, easy loans grew and schools lowered entry standards to keep enrollment up.

Justice Christine Durham of the Utah Supreme Court, a delegate from the Section of Legal Education and Admissions to the Bar, introduced the amendment and spoke in favor of its passage. She detailed problems such as unbearable student debt placed on graduates who fail to be admitted to the bar, and schools admitting students who are unequipped to pass the bar or practice law.

The result, said Durham, is “the bottom of the class financing people at the top of the class,” adding, “You cannot diversify the legal profession if these candidates cannot acquire a license to practice.” 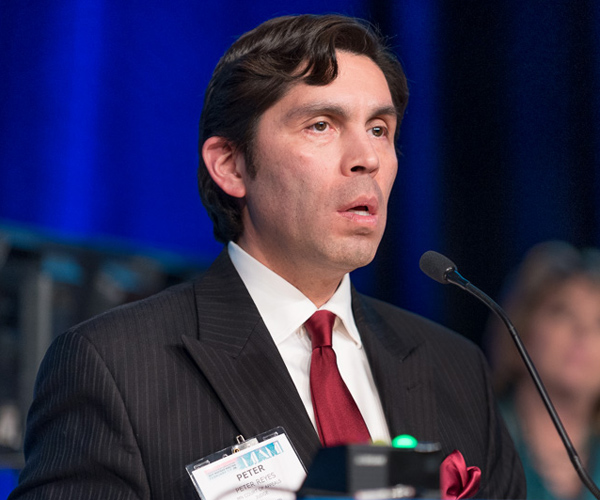 Opposing the amendment, Judge Peter M. Reyes Jr., a former president of the Hispanic National Bar Association, noted that similar measures had come up in the House of Delegates in the past and were not passed. Reyes, a Minnesota appeals court judge, said there still is a lack of data and studies on the impact that rules like this would have on diversity “so all of us can make an informed decision.”

The section will review the matter for further consideration, Barry Currier, the ABA’s managing director of accreditation and legal education, said in a statement released after the vote.

“There is no set timeline in the standards or rules for this process although given its great importance, I would expect the council will promptly review this matter,” he said.

A proposed revision (PDF) to Standard 501, which addresses law school admissions, was approved Monday by the House of Delegates. Resolution 110A states that law schools should “adopt, publish and adhere” to admissions policies and practices consistent with the Standards and only admit applicants who appear capable of finishing law school and passing the bar.

Kyle McEntee, executive director and co-founder of the reform group Law School Transparency, thought that House of Delegates vote to approve revisions to Standard 501 was promising.

“The revisions to Standard 501 are an enormous win that will make it more difficult for law schools to exploit students for tuition,” he said. “While the Standard 316 battle was lost this time, the war is not over. The law schools that do more harm than good will be held accountable for terrible bar passage rates.”

Updated at 6:20 p.m. to include statement from Barry Currier, and at 7:45 p.m. to add quotes and photographs.