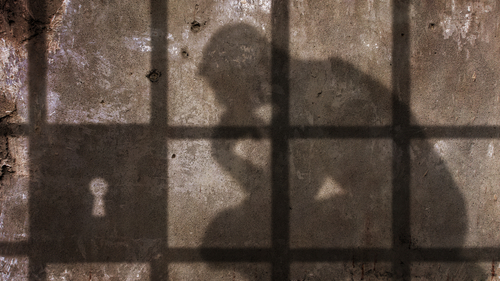 The ABA House of Delegates on Monday approved several criminal justice resolutions calling for changes that would affect poor and homeless people, juveniles, and those denied the right to effective counsel.

The measures include a call for bail reform, a ban on solitary confinement for juveniles, and authorization of civil actions for systemic violations of the right to counsel. The ABA Criminal Justice Section sponsored or co-sponsored all the measures.

The specific resolutions are:

• Resolution 112C urges governments to adopt policies and procedures that favor release on personal recognizance bonds or unsecured bonds, and that permit cash bonds only after a court determines that the financial condition is the only way to assure appearance. The resolution also states that pretrial detention should never occur solely because of an inability to pay, and that “bail schedules” that consider only the nature of the offense should not be used.

Policies should allow courts to order defendants to be held without bail, however, where public safety warrants pretrial detention and no conditions of pretrial release would suffice, according to the resolution.

A report to the House of Delegates says ABA Standards for Criminal Justice, adopted in 2002, already establish a presumption that arrested people should be released on personal recognizance. Despite that position, “large-scale pretrial confinement has continued unabated in this country,” the report says.

Since adoption of the ABA guidelines, risk-assessment studies have demonstrated it is possible to sort defendants into categories showing their probabilities of success on pretrial release, according to the report. New research also shows that when low- and moderate-risk people are detained in jail for more than one day, they are significantly more likely to be arrested for committing a future crime.

Those who are kept in detention before trial are also more likely to be convicted, to receive a jail or prison sentence, and to receive a longer one, according to the report. The findings aren’t surprising because detainees will likely be more prone to accept a plea deal to win release, and they will have less leverage in plea negotiations, the report says. Detainees are also unable to show a sentencing judge that they were able to comply with court-ordered release requirements.

Jaime Hawk of the Washington State Bar Association spoke in favor of the resolution. The current bail system creates a two-tier system, one for the wealthy and one for the poor, she said. “This pretrial detention is a pipeline to mass incarceration,” she said.

• Resolution 112D urges governments to bar the use of bail and bond in juvenile cases, to use objective criteria for pretrial release that doesn’t have a discriminatory impact, and to use the least restrictive conditions of release that protect public safety and assure likely appearance in court.

• Resolution 112E calls for the adoption of laws and policies that ban solitary confinement for youths who are under age 18.

Solitary confinement is widespread in state and local juvenile facilities, even though its use harms juveniles’ mental health and increases aggressive behavior, according to the report. Its use in federal facilities has been banned since 2016 based on an order by then-President Barack Obama and the U.S. Justice Department. The states of California and North Carolina have also banned solitary confinement.

• Resolution 106 urges Congress to authorize the U.S. Justice Department to sue over systemic violations of the right to effective assistance of counsel, both directly and through private litigants deputized to pursue such actions. Congress should also pass legislation recognizing the right of private litigants, individually or as class action members, to sue for such violations, the resolution says. In both types of suits, the remedy would be equitable relief.

A report to the House of Delegates cites an “ongoing crisis in indigent defense” and “continued failures by state and local governments to fully enforce the right to effective assistance of counsel.”

Courts have been reluctant to rule in suits claiming systemic deficiencies. State courts have been hesitant to find the claims justiciable, and federal courts have often cited the abstention doctrine in refusing to rule.

The measure passed despite opposition from the Judicial Division and the Judicial Division’s Appellate Judges Conference. Speaking for the division, Peter Webster said the division fully supports adequate representation for defendants, but it can’t support the civil litigation remedy. Margret Robb, speaking for the Appellate Judges Conference, said the conference does not support a private civil remedy or civil litigation by private litigants on the Justice Department’s behalf.

Both expressed concern about an onslaught of litigation clogging the courts.

Among those speaking in favor of the resolution was James Williams of the King County Bar Association. “The Sixth Amendment is not going to enforce itself,” he said.

• Resolution 112F urges adoption of laws that allow expungement of criminal records for charges or arrests that didn’t result in a conviction.

One in three American adults has a criminal record, mostly for low-level misdemeanors, according to the report to the House of Delegates. The definition of expungement varies from state to state, but the ABA resolution defines it as complete removal from public view.

When a record is removed from public view, individuals can truthfully say “no” when asked if they have been arrested, making it easier to obtain jobs and housing the report says.

• Resolution 112G calls for laws allowing the expungement of convictions or statutory violations for actions in public spaces that are associated with homelessness.