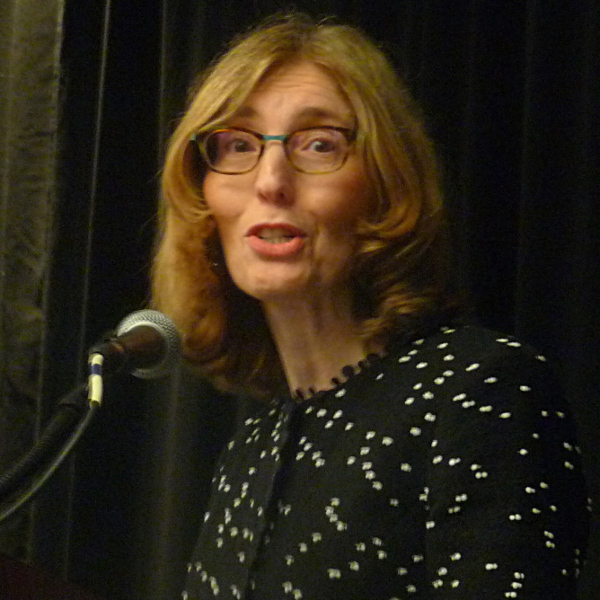 ABA President Linda Klein reaffirmed the ABA’s commitment to the Legal Services Corporation, calling on ABA Techshow attendees to do what they could to help persuade Congress to fund the under-fire nonprofit corporation.

During the Friday evening plenary session at ABA Techshow, Klein did not hold back as she cast the fight to restore funding for the LSC as a defining moment for the legal profession.

“Yesterday, we learned that the [Trump] administration’s proposed budget provides no funding, zero funding, for the Legal Services Corporation,” Klein said. “This is an outrage. It is vitally important that every American have equal access to justice.”

Klein pointed out that the LSC helps nearly 2 million people annually, with women making up nearly 70 percent of its clients. Without funding for the LSC, Klein feared that courthouse doors will “slam in the faces of millions of Americans.”

The elimination of LSC funding would also have an adverse effect on legal technology. Calling the LSC a leader in developing and deploying technology to help people access the judicial system, Klein called on the tech-savvy professionals in attendance to step into the potential void. “We need your leadership and technology skills to help defend the Constitution and the rule of law it embodies,” Klein said. “That’s our obligation as citizens and lawyers.”

In addition to her call to action, Klein took opportunity to recount her accomplishments in office, including the launch of ABA Blueprint and her efforts to help veterans and promote diversity.

“We owe our veterans a great deal,” Klein said. “Without them there would be no rule of law.” Klein said many of our nation’s 22 million veterans face a maze of legal problems, and that the fastest growing group among homeless people are female veterans. She hoped that the Tech For Justice Hackathon+Veterans, which kicked off Techshow on Wednesday, would produce technology to help veterans access the justice system.

She also applauded the fact that this year’s Techshow faculty contained more women than men for the first time ever, while pointing out that 41 out of 78 Techshow speakers were women.

The final portion of the plenary session was dedicated to unveiling the 10 newest additions to the Legal Technology Resource Center’s list of Women in Legal Tech. This year’s honorees are (in alphabetical order):