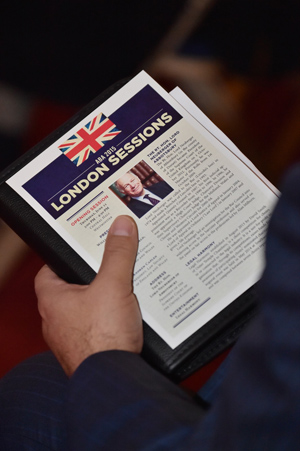 The ABA’s celebration of the 800th anniversary of the Magna Carta peaks with a five-day program in London beginning Thursday featuring pomp, circumstance and continuing legal education programs.

The events culminate in a rededication of the ABA memorial to the Magna Carta at Runnymede, England, to be attended by Queen Elizabeth II on the 800th anniversary of the agreement on Monday. The ABA London Sessions will include speakers and 16 CLE programs, many of which will focus on the impact of the Magna Carta and its relevance on the rule of law today. Some of the other CLE programs will compare legal systems between the U.S. and the United Kingdom.

An opening ceremony at Central Hall Westminster kicks off the London sessions on Thursday with remarks from Lord David Neuberger, president of the Supreme Court of the United Kingdom, and U.S. ambassador to the United Kingdom Matthew W. Barzun. A number of other ceremonial and social events follow over the course of the weekend including a reception at the Middle Temple of the Inns of Court; Evensong at Temple Church; receptions at the Royal Courts of Justice and the Guildhall, known for its glittering banquets for visiting heads of state, and a garden party at Winfield House, residence of the U.S. ambassador, which sits in the grounds of Regent’s Park.

British barrister Cherie Blair, an active campaigner on human rights issues and women’s equality and wife of former Prime Minister Tony Blair, will speak at lunch on Friday. Baroness Emma Nicholson of Winterbourne, a member of the House of Lords and of the ABA’s Middle East North African Council, will speak at lunch on Saturday. Beatrice Mtetwa, a Zimbabwean human rights lawyer and the recipient of the ABA’s International Human Rights Award in 2010, will speak at a plenary session Saturday morning.

The London sessions complete a year-long celebration of the Magna Carta, considered the cornerstone of democratic principles and liberty. About 500 ABA members and 350 guests are expected.

In an attempt to avoid civil war, King John met with rebellious barons and agreed and sealed the Magna Carta on June 15, 1215, in Runnymede, a meadow on the banks of the River Thames in Surrey. The Magna Carta, considered to be one of the most important documents in the world, has come to represent the principles of individual liberties and limits on government power that support democracy around the world. The ABA erected its memorial at Runnymede in 1957. At the time, it was the only marking of the historic location.

Monday’s rededication at Runnymede will also be attended by Prince Philip, Duke of Edinburgh; Prince William, Duke of Cambridge; and Anne, Princess Royal. Thousands of attendees are expected. 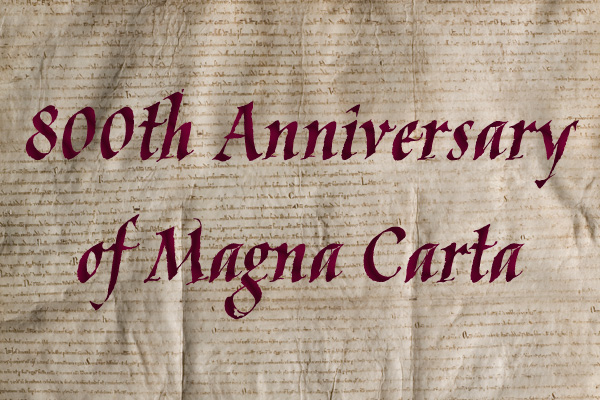 The American Bar Association is commemorating the 800th anniversary of Magna Carta with a variety of events and exhibits. Magna Carta, credited with establishing the rule of law in Anglo-American legal history, was signed by King John of England in 1215. Click through to see some of the preserved documents and artifacts linked to Magna Carta.