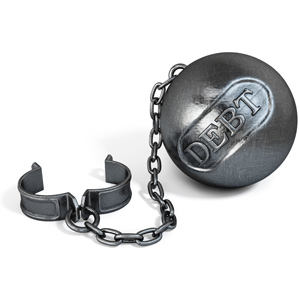 On Monday, the ABA’s House of Delegates easily passed and strongly condemned the use of for-profit, privatized probation companies funded by the offenders themselves.

Sponsored by the Young Lawyers Division, Resolution 111B met with strong approval from the House, after a year in which these private probation systems have become a focus of civil rights lawsuits in jurisdictions around the country. The ABA submitted an amicus brief to the Cincinnati-based 6th U.S. Circuit Court of Appeals on the subject in April, condemning the use of private-probation contractor Providence Community Corrections and similar systems that jail probationers who can’t afford their fees.

John R.B. “Jack” Long of Georgia moved the resolution for the Young Lawyers Division. In jurisdictions that use private probation, he said, low-income people can be trapped in a cycle of debt by private-probation companies that have an incentive to keep them on probation as long as possible. They’re almost always funded by the offenders themselves, he said, and the monthly fees go to the private company, not toward the person’s fines or court fees.

When the person on probation runs out of money and is unable to pay, Long said, the company can petition to jail them in lieu of payment. Thus, it is possible, even in 21st century America, to be jailed for poverty.

“I challenge you to [search the web for] private probation, and try to find one positive argument about the practice not offered by one of the owners of a private-probation company,” he said.

The resolution passed easily, and in the wording of the resolution, “urges state, local, territorial and tribal legislatures to abolish ‘offender funded’ systems of probation supervised by private, for-profit companies.”

Another resolution from the Young Lawyers Division was withdrawn Monday afternoon. Dana Hrelic, incoming chair-elect of the division and a partner at Horton, Shields & Knox, explained that Resolution 111A sought to urge legislatures to criminalize “grooming” behaviors by adults who prey on children sexually through the internet. This was an outgrowth of former YLC chair Lacy Durham’s (PDF) project World Wise Web, seeking to teach young people how to stay safe online.