After 800 years, what's next for the Magna Carta? 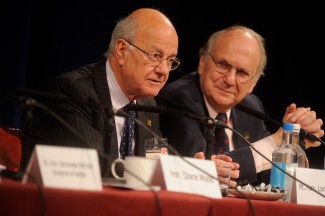 With 800 years in the book for the Magna Carta (800 more than it was intended to have), what’s next for this venerated document?

On Sunday, during the ABA London Sessions commemorating the 800th anniversary of the sealing of the Magna Carta, an all-star panel consisting of a knight, three judges, a former United Kingdom attorney general and a law professor discussed the enduring influence of the Magna Carta in its birth country, as well as the United States and the rest of the world. The panel was moderated by Professor A.E. Dick Howard of the University of Virginia School of Law and consisted of Richard Goldstone, former justice of the Constitutional Court of South Africa; Lord Igor Judge, former chief justice of England and Wales; Baroness Patricia Scotland of Asthal, the former attorney general for the U.K.; Judge Diane Wood, chief judge of the 7th U.S. Circuit Court of Appeals in Chicago; and Sir Robert Worcester, deputy chairman and trustee of the Magna Carta Trust and chair of the Magna Carta 2015 800th Anniversary Commemoration Committee.

“The Magna Carta impacts the lives of nearly 2 billion people in over one hundred countries around the world,” said Worcester, who was awarded the ABA Presidential Citation by President William C. Hubbard prior to his remarks. “It’s influenced the Declaration of Independence and the U.S. Constitution. Eight of the first 10 amendments to the Constitution were derived from the Magna Carta.”

That’s not bad for a document that, by all rights, should have had as much impact as a blank sheet of paper. “Magna Carta never had a future—the king had no intention of abiding by it,” Lord Judge said. “Yet it has endured for 800 years so far. There’s a reason and it’s in the words you find in the charter. We’re so privileged that we take them for granted: justice, right, liberties, security, lawful judgment and the law of the land.”

Another reason it has lasted as long as it has is the exportability of its values. “The Magna Carta’s ideas were infused and incorporated into American constitutionalism,” Howard said. “You then had an export of these ideas to other countries. In many cases, these ideas were accepted, in other cases it was rejected. But it’s interesting how often the American experience has framed the debate for so many other countries.” 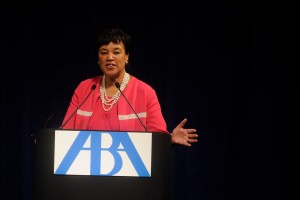 Scotland, meanwhile, noted the influence of the Magna Carta in documents ranging from the European Convention on Human Rights to the United Nations Universal Declaration of Human Rights. “What I realized was that here were common law lawyers, relying on Magna Carta, taking their pens and writing down the fundamental precepts of the common law,” Scotland said.

Goldstone went further, noting: “Human rights have become universalized, and the norms and principles of the Universal Declaration of Human Rights have been elevated to customary international law.”

Of course, not all countries will be able to establish a strong and lasting rule of law overnight. “The principles we take for granted have not been entrenched in many countries,” Lord Judge said. “When we see the stumbling efforts of new nations despite the presence of our wonderful constitutions and freedoms, like in many countries in Africa, we must remember that it took us hundreds of years.”

Scotland added that it was important to keep in mind that history and culture matter, and what works for one country might not work in another. “The most important thing in any constitution is the rule of law,” Scotland said. “Because the absence of the rule of law is the fundamental essence of tyranny.” 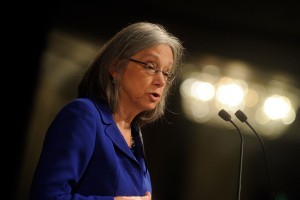 In looking towards the next 800 years, it’s important to remember what happened in the first year. Judge Wood talked about how the barons thought they had cornered King John, but had a rude awakening once the king had Pope Innocent III invalidate the charter within a month after issuing it. “We know from the history of the Magna Carta that only eternal vigilance will keep it alive,” Wood said.

Lord Judge agreed, saying: “Magna Carta only has a future if we believe in it.”