Laws need to catch up to high-speed trading 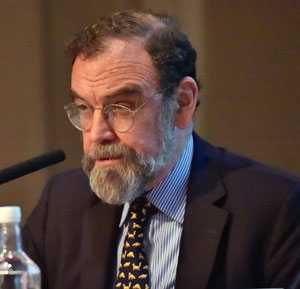 Insider trading and the laws needed to prosecute those illegal trades continue to evolve as new issues and technologies emerge, attorneys said during a panel discussion at the ABA London Sessions.

The fast-changing landscape is best illustrated by the recent case of Navinder Singh Sarao, the British man who is awaiting extradition to the United States for his alleged role in the May 6, 2010, “flash crash,” in which U.S. stock markets made a dramatic plunge in a matter of minutes. The criminal complaint says Sarao used an automated trading program of high-frequency trades to manipulate one of the futures markets on the Chicago Mercantile Exchange.

High-frequency trading employs technology and algorithms to trade securities, often in fractions of seconds. But the level of sophistication required makes it difficult for regulators around the world to catch those traders who are not operating legally, said Peter Castellon, a partner at Proskauer Rose in London.

“That’s what’s evil about high-frequency trading,” Castellon said, “and it’s very hard to catch because of the sophistication of the algorithms.”

One interesting issue that has arisen out of high-frequency trading is the co-location of computer servers that give traders an advantage, said Edward F. Greene, senior counsel at Cleary Gottlieb in New York City and a senior research scholar and lecturer at Columbia Law School.

“When you can trade in milliseconds—and that’s what we’re talking about, milliseconds—that type of advantage can be profitable,” Greene said.

Panelists for “Global Trends on Regulation of Insider Trading and Market Abuse: Europe, U.S. and Asia” explored nine hypothetical cases in which insider trading may have occurred and explained how the law would differ in the U.S., the U.K., Europe and key Asian markets. The program was sponsored by the ABA Section of International Law.

Americans can get caught up in the differing laws of the U.S. and the U.K. for insider trading. It happened in 2012 to hedge fund manager David Einhorn of Greenlight Capital, who was fined 7.2 million pounds by the U.K. Financial Services Authority.

The authority said Einhorn participated in a phone call and heard that Punch Taverns would be issuing new equity, a move that would decrease the stock value. He then reduced his holdings before the announcement of the new equity sale, which saved his hedge fund 5.8 million pounds.

This constituted insider trading, the authority said, as the information wasn’t available to the public. But Einhorn argued he did not think it was insider information.