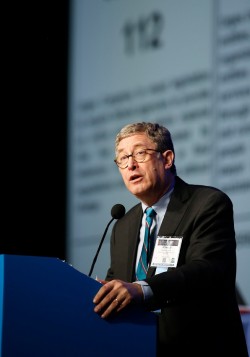 A resolution calling on Congress to make privately drafted parts of the law freely available attracted accusations in the House of Delegates that the ABA was trying to give away other people’s intellectual property.

When federal agencies incorporate privately drafted standards into their rules by reference, Resolution 112, passed by the ABA House on Tuesday, asks Congress to make the relevant portion of those privately drafted standards available to the public online. The measure, sponsored by the Section of Administrative Law and Regulatory Practice, was intended to advance the idea that the American public should have access to laws that regulate things like food additives, windshield safety standards and toy safety. (This was the subject of an ABA Journal feature in 2014.)

Currently, proponents of the measure say, these rules are not accessible for free in any place but the reading room of the Office of the Federal Register, where researchers must make a written request for an appointment. And paying for them could cost anywhere from $40 to thousands of dollars, Professor Ronald Levin of Washington University in St. Louis told the House on Tuesday.

“This situation is antithetical to the notion of a fair process,” said Levin, who moved the resolution in the House on behalf of the Section of Administrative Law. “Not to mention the ability of lawyers to do their jobs for their clients.” 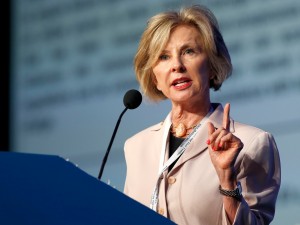 Levin noted that Resolution 112 is the result of monthslong collaboration—and ultimately, compromises—by the six ABA sections co-sponsoring the measure. The task force working on the matter also included representatives of the standards development organization community, he said. Not everyone who participated is happy with the result, he said, but the process was inclusive.

Nonetheless, the resolution was criticized Tuesday morning as both going too far and not going far enough. Among those opposed was Beverly Quail, a partner at Ballard Spahr in Denver and a Colorado delegate to the ABA. She said there’s no such thing as read-only publication online, thanks to the ease of making electronic copies. And taxpayers should not foot the bill for publishing standards of interest to very few people, she said.

Criticism that the resolution doesn’t go far enough came from Carl Malamud of Public.Resource.Org, a website that seeks to make government information more accessible. Malamud, an associate member of the ABA who received special privileges of the floor, noted that the public would be prohibited by this motion from printing, searching or copying the law, and would have to preregister with a private vendor before reading the law.

Speaking in support of the measure was Ellen Flannery of the Section of Science and Technology Law, one of the sections that was originally opposed to the measure but ultimately co-sponsored it. As a member of SciTech, she said, she appreciates the importance of protecting intellectual property—but she’s also seen firsthand the difficulties created by limited access to standards incorporated into public law. When she served on an Institute of Medicine committee studying accessibility and affordability of hearing aids, she discovered that it would have cost multiple thousands of dollars to access the required standards.

Flannery disagreed that the public doesn’t need access to the standards, which she said affect a variety of consumer products. Because only a fraction of industry standards are incorporated by reference into federal regulations, she said, the financial effects may not be as broad as standards development organizations fear. And if Congress does take up a bill in response to Resolution 112, she said, this debate will be had again, and publicly. 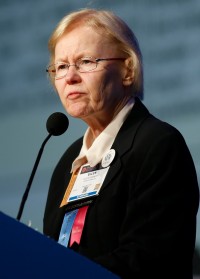 After three speakers for the resolution and three against, Quail moved to postpone the resolution indefinitely, which could have led to the effort’s quiet death. After debate on postponement—Quail spoke for it and Susan Barbieri Montgomery, a law professor at Northeastern University of the Section of Intellectual Property Law against—House of Delegates Chair Patricia Lee Refo called for a full count of votes on the House floor. Postponement failed 141-206. The House then voted to call the question.

Scott Partridge, a partner at Baker Botts in Houston, spoke in support of calling the question, noting that “in 17 years in the House I don’t think I’ve seen anything quite like this,” where opposition to the measure came from both ends.

Though the opposition remained, the House did vote in favor of Resolution 112.