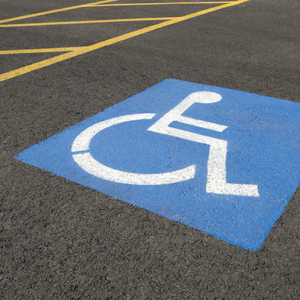 Michael Drejka’s self-defense argument didn’t succeed when Florida jurors convicted him of manslaughter Friday for fatally shooting a black man who shoved him to the ground. Prosecutors brought charges after the Pinellas County sheriff declined to charge Drejka, arguing that he was protected by the state’s stand-your-ground law. Drejka, who is white, had argued with the victim, Markeis McGlockton, because McGlockton’s girlfriend had parked in a handicapped parking space. One of Drejka’s lawyers, Theresa Jean-Pierre Coy, is African American. She said she represented Drejka pro bono because everyone deserves a good defense. (The Washington Post, the New York Times, the Tampa Bay Times here and here)

An in-house lawyer who thought that a man threw a golf ball or other projectile at his Mercedes has been indicted on charges of murder and aggravated assault for allegedly steering his car toward the man. The indictment alleges that Bryan Schmitt’s car struck Hamid Jahangard, who died from head injuries. Schmitt’s lawyer said Jahangard fell and hit his head, but there is no evidence that Schmitt’s vehicle actually struck the man. Nor was there any intent to strike Jahangard, said the lawyer, Donald Samuel. “You can call it reckless driving or making an improper turn, but to call that malice murder is a disgraceful use of the murder statute,” Samuel told Law.com. (The Atlanta Journal-Constitution, Law.com, press release)

The 3rd U.S. Circuit Court of Appeals at Philadelphia granted Friday an en banc rehearing of a decision finding that Amazon.com could be held liable for defective goods sold by third-party vendors on its website. The plaintiff said she was blinded in one eye by a retractable dog leash that she bought on the website. (Law360)