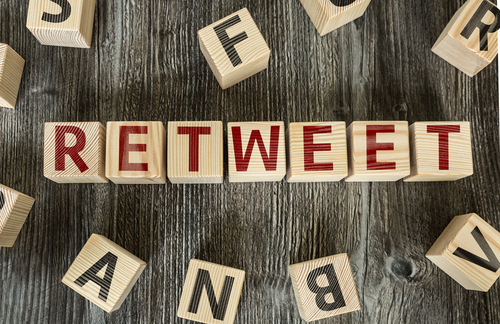 A federal appeals court has refused to order the retroactive recusal of a federal judge accused of retweeting a news story about a case after he denied a motion.

The San Francisco-based 9th U.S. Circuit Court of Appeals said that, even if U.S. District Judge William Shubb was the owner of the anonymous Twitter account at issue, his tweet didn’t warrant retroactive recusal, report the Recorder (sub. req.) the Sacramento Bee and the Metropolitan News-Enterprise. Above the Law noted the July 13 decision (PDF).

Sierra Pacific had initially sought to unravel a $122 million settlement related to a massive forest fire in 2007 based on allegations about alleged government misconduct. The government had sued Sierra Pacific and other defendants to recover damages and money it spent fighting the blaze. Shubb refused to grant Sierra Pacific’s motion for relief from judgment.

On appeal, Sierra Pacific cited the alleged government wrongdoing, as well as the judge’s alleged Twitter activity. The appeals court refused to disturb the settlement. The court said Sierra Pacific had not raised the tweeting issue at the district court level, and plain error review applies.

The account had followed the U.S. Attorney office, which tweeted eight times about the case after Shubb’s ruling. Sierra Pacific had argued that following the account created the appearance of bias.

The news article that was retweeted was headlined “Sierra Pacific still liable for Moonlight Fire damages.” Sierra Pacific had objected to the headline because it didn’t admit liability and the settlement had said the payment didn’t constitute damages. Sierra Pacific said the retweet created an additional infererence of bias and constituted an impermissible public comment.

Though the appeals court saw no reason to require Shubb’s retroactive recusal, it nonetheless said the case was “a cautionary tale about the possible pitfalls of judges engaging in social media activity relating to pending cases.”

“We reiterate the importance of maintaining the appearance of propriety both on and off the bench,” the appeals court said.

The appeals court added in a footnote that social media can create concern in some circumstances, though there is no appearance of impropriety in the case before the court.

“For example,” the footnote said, “the Judicial Conference of the United States’ Committee on Codes of Conduct has issued an opinion noting that ‘identifying oneself as a “fan” of an organization’ on social media may create the appearance of impropriety.’ …

“The ABA’s formal opinion on social media similarly notes that a ‘judge must be mindful that [an electronic social media] connection may give rise to the level of social relationship or the perception of a relationship that requires disclosure or recusal.’”