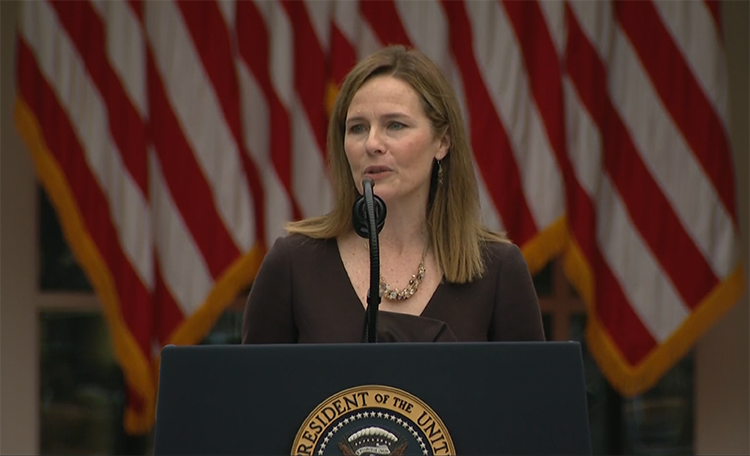 Judge Amy Coney Barrett addressing the crowd from the Rose Garden on Sept. 26 at the announcement of her nomination.

Supreme Court nominee Amy Coney Barrett has received a "well qualified" rating from a substantial majority of the ABA Standing Committee on the Federal Judiciary.

The “well qualified” rating was disclosed in an Oct. 11 letter to the Senate Judiciary Committee. A minority of the committee rated Barrett “qualified” for the Supreme Court.

The standing committee rating is based on an evaluation of the candidate’s integrity, professional competence and judicial temperament. 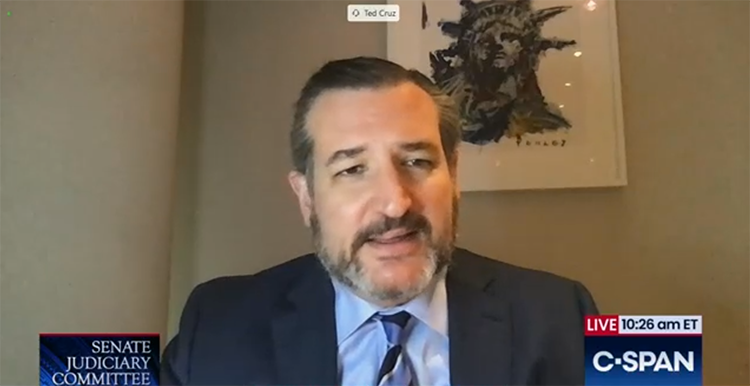 Republican Sen. Ted Cruz of Texas mentioned the standing committee rating in his opening statement before the Senate Judiciary Committee on Monday. “The ABA had no choice but to conclude Barrett was well qualified,” he said.

“The standing committee, which operates wholly independently of the American Bar Association, evaluates nominees using information provided by knowledgeable judges, lawyers and other colleagues about the nominee’s professional competence, integrity and judicial temperament,” Refo said. “The committee does not consider the nominee’s philosophy, political affiliation or ideology.”

When Barrett was nominated to the Chicago-based 7th U.S. Circuit Court of Appeals in 2017, a majority of the standing committee gave Barrett a “well qualified” rating. A committee minority gave her a “qualified.”

More information about the standing committee and its work is available in this backgrounder.