Another ruling by controversial Philadelphia family court judge is overturned 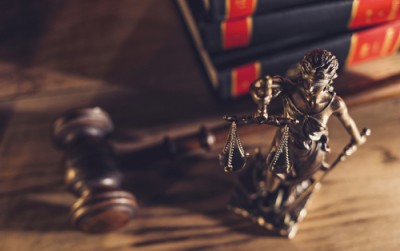 Updated: A Philadelphia family court judge who repeatedly interrupted a lawyer and frequently noted the late hour violated the due process rights of three children when she removed them from the home of their mother, a Pennsylvania appeals court has ruled.

The judge in the case was Lyris Younge, who has more rulings fully or partially overturned on appeal than colleagues in her unit dealing with custody, adoption and foster care, the Legal Intelligencer reports in stories here and here.

Younge was reversed last month for keeping a baby in foster care and terminating parental rights after receiving no explanation for the child’s broken ribs. The appeals court said in the May 4 decision that Younge appeared to have a fixed idea about the matter and failed to provide due process.

In the new case, Younge interrupted a lawyer for the children and the children’s mother, the appellate-level Superior Court of Pennsylvania said in the June 8 decision. She frequently referenced the late hour and concluded from the start of the hearing that removal of the children was needed because the case had been open for 27 months, the court said.

The August 2017 hearing before Younge was scheduled for 11:30 a.m., but it did not begin until 5:37 p.m. It was the first time the case was before a judge rather than a hearing officer.

The case involved a mother who had tested positive for marijuana in April and May of 2017, but was drug-free in a June 2017 test. Her child, D.C., had six unexcused absences during the 2016 and 2017 school year and had a diagnosis of attention deficit disorder. He was not in therapy sessions after school let out because the mother was unhappy with the therapist. The mother attended therapy at a community center, but did not attend an outpatient treatment program. She began a part-time job in August 2017.

The case manager said her recommendation was that D.C. continue to go to therapy and not miss school, and that the home be subject to continued supervision.

During testimony by the case manager, Younge said: “I’m surprised these children are still home. Because if you can’t turn around a supervision case within two years, the kids don’t need to be in the home.”

The advocate for the children said D.C.’s record of absences had improved. Previously, the child had 71 unexcused absences during the school year.

The lawyer asked the case manager about clean drug screenings about a year before the hearing, bringing a relevance objection from the judge. “What have you done for me lately?” Younge said. “Because what I’m hearing is she’s tested positive since the last court date. I don’t care what happened a year ago. … We’ve been sitting here for two years doing the same thing with the same results. So what are you going to do different because supervision isn’t working out on this case.”

The case worker said the mother had improved tremendously since getting the supports she needed. One child was getting speech therapy and another was enrolled in preschool.

Younge wasn’t moved. “I’m not giving it another 90 days for Mom to try to get it together. She hasn’t,” the judge said.

The superior court concluded that Younge made no finding that remaining in the home would be contrary to the children’s welfare, did not make individualized findings about the removal of D.C.’s siblings, and did not apply the proper “clear necessity” standard for removing the children.

Days after the latest appeals court ruling, Younge was temporarily reassigned to the trial division of the court of common pleas, which handles both criminal and civil cases, the Legal Intelligencer reported. Younge’s lawyer, Samuel Stretton, said she will be working in the criminal division. Her future duties there, however, are unclear, according to the Intelligencer.

Stretton said an ethics investigation of Younge continues. She has been on chambers duty, which keeps her away from the bench, for nearly a month.