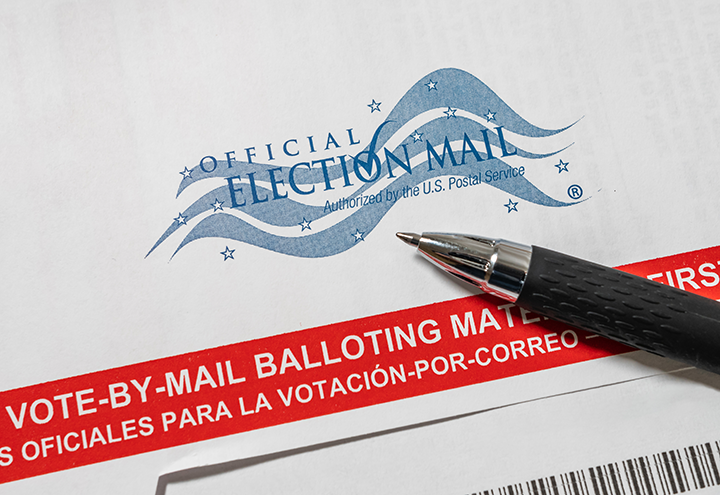 Image from The Toidi / Shutterstock.com.

A judge on Pennsylvania’s appellate-level Commonwealth Court ruled Thursday that Pennsylvania’s secretary of state didn’t have the authority to allow three extra days for voters to fix missing proof of identity on mail-in and absentee ballots.

In a Nov. 12 order, Judge Mary Hannah Leavitt barred the counting of ballots received after Nov. 9, the deadline under a statute that allows six days after an election for voters to submit proof of identification. The ballots had been segregated by a previous court order.

Courthouse News Service, Forbes, Law360 and the York Daily Record are among the publications covering the ruling.

Pennsylvania Secretary of State Kathy Boockvar had set a Nov. 12 deadline to fix proof of identification because of a Pennsylvania Supreme Court decision that allowed three extra days after the election to count absentee ballots postmarked by Election Day.

Lawyers for Boockvar said the ballots being challenged amount to a “smaller subset of the already small subset” of ballots that arrived in the three days after election day. The total number of ballots received after Election Day in the state is about 10,000, according to Forbes.