Around the Blawgosphere: Actor's Morality Play; What 'Lincoln' Left Out; Profs re 'Fiscal Cliff'

To Be or Not to Be Immoral

Many people have watched Two and a Half Men actor Angus T. Jones’ video testimonial for religious group the Forerunner Chronicles in which he calls Two and a Half Men “filth” that no one should watch. E! Online reported this week that the actor apologized for his remarks and that it has heard from sources that he’ll stay out the season but probably not return next season. 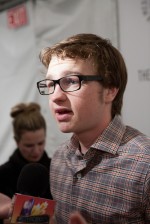 George Washington University Law School professor Jonathan Turley wonders if producer Chuck Lorre could, if he were so inclined, “fire Jones under a morality clause and other provision. The comments of Jones not only actively discourage viewers but could discourage advertisers in supporting what one of the actors calls unadulterated filth.” Turley notes that a “moral turpitude” provision was in former cast member Charlie Sheen’s contract.

But would Lorre fire the actor mid-season on “moral turpitude” grounds, if he could? And would Jones, who reportedly earns $350,000 per episode, fight a termination? “Of course, if they fired [Jones] for moral turpitude, it could lead to an interesting lawsuit where an actor who denounced the show as immoral would fight to continue to make the immoral show rather than be declared immoral.

“This is why I watch football. It is easier to follow.”

Like millions of others, Los Angeles lawyer Keith Bishop has gone to see Stephen Spielberg’s Lincoln film. But at California Corporate & Securities Law, he notes an omission.

The film’s focus was on President Abraham Lincoln’s skills as a politician and movement to pass the 13th Amendment before his second term began. The film’s events started not long after his re-election. But the film didn’t note a crucial political move of Lincoln’s: his successful push to add of the state of Nevada to the union. “In early 1864, President Lincoln was looking for additional electoral votes for his re-election as well as votes in Congress to approve the 13th Amendment,” Bishop wrote. Nevada was admitted to the union on Oct. 31, 1864, and with the help of Nevada’s votes, Lincoln was re-elected eight days later. And “on January 31, 1865, Nevada’s new congressman, H.G. Worthington, voted with 118 other members of the House of Representatives to approve the Thirteenth Amendment.”

At TaxProf Blog, law professor Paul Caron took note of a poll in which 59 tax law professors were asked what they thought would happen regarding Congress and the “fiscal cliff.” A few of the findings:

• More than 54 percent of the professors think that Congress will act before Dec. 31, so we do not go over the fiscal cliff.

• Eighty-six percent of the professors think that all tax deductions will be preserved but phased out or down for higher-bracket taxpayers.

At the Careerist, Vivia Chen noted a New York City Bar Association study that found “having a critical mass of women on the management committee—defined as three or more in our analysis—was associated with higher representation of women at nearly all levels.” Firms with no women on its management committee had far fewer women partners, the study found.

“The report doesn’t say why having women in firm management helps level the gender gap, but I’ll venture some guesses,” Chen wrote. “First, I think women in leadership roles serve as crucial role models. If you can’t identify with those in power, it’s very hard to aspire toward it. Second, having a ‘critical mass’ of women in power makes it much easier for women to advocate for other women and, ultimately, to change that ineffable thing called culture.”

Next:
Lawyer and His Former Law School Classmate Are Charged with Insider Trading