Nobel Prize-winning economist and University of Chicago professor Gary Becker died last week at the age of 83, and over the weekend, The Becker-Posner Blog said “farewell” with no other commentary.

Other law bloggers paid their respects. “Becker pioneered the application of economic analysis to questions that were previously considered the exclusive domain of sociology, law, and political science,” George Mason University law professor Ilya Somin wrote at the Volokh Conspiracy.

Somin never met Becker but exchanged emails with him about a mutual research interest years ago. “I was skeptical that a Nobel Prize-winner would bother responding to a request from an obscure assistant professor in another field. But he sent a very informative reply within a few hours after I emailed him. I have heard that this was just a typical example of his generosity.”

You can read other remembrances of Becker at Leiter Reports: A Philosophy Blog, Crime & Consequences, the University of Alberta Faculty Blog, The Chronicles of a Capitalist Lawyer and Windypundit.

Credit cards are catching up 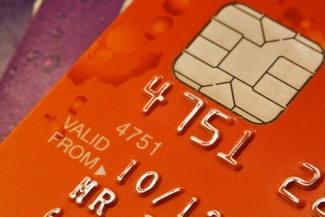 A card with a chip-and-pin security device.

New microchip-equipped credit cards, aka “chip-and-pin” cards, will be authenticated by new card-reading technology. And with this comes a liability switch, Nick Holland of Javelin Strategy & Research told Ventured & Gained. While card issuers are currently liable for fraud in face-to-face transactions, after October 2015, “if you, as a retailer, don’t have a point-of-sale terminal that’s compatible, then any card fraud that happens as a result of that is on you. The card issuers are also liable if there’s a fraudulent transaction and the merchant has the technology in place.”

This is “quite the motivator for those who are reluctant to upgrade their point of sale equipment,” William Peacock wrote at Technologist.

Should law firms worry about making a technology upgrade?

“The odds of a client using a stolen credit card to pay his or her own lawyer are incredibly slim, but then again, never underestimate the stupidity of certain classes of clients,” Peacock wrote. “Besides, there are other possible weak links as well—a rogue staff member with a gambling and substance abuse problem, for example. If you run your payments through an online processor, this switch will mean little to nothing to you. But, if you swipe cards in your office, you’ll want to contact your payment processor and ask about upgraded ‘Chip-and-Pin’ equipment. Fortunately, portable readers that attach to your iPhone are already popping up in Europe, and should be available stateside once the new cards are more widely deployed.”

When you encounter someone over 65 in jury selection, don’t assume that they don’t use technology. The Litigation Consulting Report notes a recent report from the Pew Research Internet Project saying that 59 percent of Americans over 65 use the Internet.

A2L Consulting’s Laurie Kuslansky suggests asking older adults whether they ever go online and if they have cellphones, among other tech-related questions. Knowing those potential jurors’ tech habits “can be a window into other, relevant information about them,” Kuslansky wrote. Those who use the Internet tend to be more affluent and educated than those who don’t, according to the Pew survey. “In addition, if you check the Internet during voir dire, including social networking sites, don’t forget to see if older adults are active. You may be surprised.”

Know when to fold ‘em

A friend of a friend consulted The Legal Geeks’ Jessica Mederson after having trouble collecting his winnings from playing video poker in a Wisconsin bar. But the law in that state regarding those machines is tricky.

“The problem, at least in the great state of Wisconsin, is that those video poker (and slot) machines are illegal in bars,” Mederson wrote. See WI Stat. Sec. 945.035. But it’s a weird kind of illegal: If bars have five or less machines, it’s only a misdemeanor and apparently there’s no prosecution for that misdemeanor. If a bar has more than five machines, it’s a felony and it can be prosecuted (if it’s done the right way, with the right officials).”