Should Web comments be grounds for an ethics probe? | Earning CLE credit through writing blog posts

This week, we reported that University of Denver law professor Nancy Leong has filed a request to the Illinois Attorney Registration & Disciplinary Commission for an ethics investigation against a lawyer in the state regarding “sexualized comments about [her] appearance and other disparaging remarks made [her] concerned for [her] safety” on five different websites under the name “dybbuk.”

But some bloggers question whether a lawyer’s Web comments should prompt a legal ethics probe.

“As a practical matter, I don’t see how it’s workable to sanction lawyers who say disgusting things online,” Elie Mystal writes at Above the Law. “Lawyers say racist, sexist things all time. Are only the ones who say it online in ethical violation?”

Washington, D.C., solo and blogger Carolyn Elefant writes at My Shingle that the prospect of ethics probes based on online commentary scares her to death. “Professor Leong’s decision to file an ethics complaint against the commenter sets unspeakably bad precedent for bloggers exercising their First Amendment rights,” Elefant writes. “The barriers to filing an ethics complaint are exceedingly low, and Professor Leong’s complaint will invite frivolous complaints. … Professor Leong claims that Dybbuk’s comments would constitute harassment in the workplace. But even if that were true, the blogosphere is not the workplace.”

Can a lawyer earn CLE credit by writing a blog post? Real Lawyers Have Blogs’ Kevin O’Keefe quickly looked into it and saw that four states—California, Georgia, Maine and Tennessee—allow lawyers to earn credits for writing legal articles. “At the same time, though blog posts are arguably legal articles, you can see the hurdles and how states are apt to respond.”

Blogs and online publications published by large law firms can be recognized publications, O’Keefe writes. “It’s a heck of a lot more of a publication than a law firm newsletter, alert, or article stored on the firm’s website. Law firms, with the advent of the net, are becoming publishers. Their resources, especially human resources in lawyers, for producing niche authoritative content are arguably greater than that of a bar journal or law review.”

O’Keefe recognizes that not all law blogs are created equal. “We’re not talking about content written by companies and ghostwriters and sold to lawyers for publication on a lawyer’s blog. We’re not talking about content chock-full of ‘keywords’ to garner website traffic. We’re talking about real lawyers writing real blogs just has they have written legal articles for a hundred years. Written for professional development, with a byproduct being business development.” 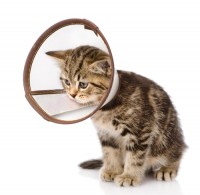 In what situations might a necessity defense apply in a drunken driving case? In Canada, a man was acquitted of drunken driving when he drove an injured friend to the hospital (he had no access to a phone) while over the legal limit. A Minnesota woman argued before her state’s supreme court last month that she should have been able to use a necessity defense when she drove a short distance while over the legal blood-alcohol limit while fleeing her drunk and abusive husband.

Meanwhile, lawyer Ron Chapman wrote at West Palm Beach Criminal Lawyer Blog about a September ruling (PDF) from Florida’s Second District Court of Appeal in which a driver over the blood-alcohol limit tried to use a necessity defense because he was driving a dying cat—along with the cat’s owner—to a veterinary clinic. “In fact, the cat did die either during or shortly after the deputy stopped [the defendant’s] car,” Chapman wrote.

But the ruling stated that in order to be entitled to a necessity defense, a defendant must “reasonably [believe] that his action was necessary to avoid an imminent threat of danger or serious bodily injury to himself or others.”

The court’s opinion? “We do not interpret the phrase ‘or others’ as applying to animals.”

Los Angeles litigator and At Counsel Table blogger Alex Craigie took note of the well-circulated video of a Samsung press conference before this week’s International Consumer Electronics Show in which film producer and director Michael Bay left the stage after the teleprompter malfunctioned and he decided he could not wing the scripted on-stage interview without it.

“If you or I were presenting evidence and our computer or Trial Director program went screwy, apologizing and walking off wouldn’t be a realistic option,” Craigie wrote. “But this stuff does happen. And, like a jazz musician, you’ve got to improvise.”

A situation like this might be an argument to stay low-tech with trial presentations, in order to play it safe. “The problem with resisting technology in trial presentation, though, is that the internet, gaming and effects-driven movies have made people—some of them your potential jurors—almost numb to anything that lacks a wow factor. There’s also the brute fact that some of these technologies really are brilliant and, frankly, should be embraced to the extent they can help lawyers, good and so-so alike, present otherwise dry or complex information in a way that engages jurors.”