It was reported by The Daily Mail and other news outlets this week that celebrity chef Nigella Lawson was turned away from boarding a Los Angeles-bound flight from London. A U.S. embassy spokeswoman would not tell CNN why Lawson had been stopped.

At Lifted Lamp, the law firm Benach Ragland speculates that it has to do with Lawson’s admission of having used cocaine and marijuana in a fraud trial against two of her assistants last year. 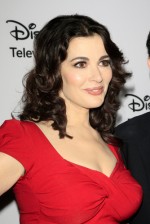 “U.S. law allows the Department of Homeland Security to find a person inadmissible if she has admitted to a violation of a law involving a controlled substance,” Lifted Lamp says. But “it is not enough for inadmissibility for a person simply to say ‘I used cocaine.’ They must admit violating a law and that law must be identified. Where? When? Was it really cocaine? All these questions need to be answered. And Lawson has an absolute right under U.S. law to say that she is ‘not guilty.’ Therefore, it seems that, if she was denied boarding that plane on these grounds, she was wrongly found to be inadmissible.”

But even if she is inadmissible, she’s a good candidate for a 212(d)(3) waiver, Lifted Lamp says, since she has not actually been convicted of a crime and “it can not be seriously argued that Ms. Lawson is any threat to U.S. society if allowed into the U.S. “

The blog regrets that Lawson suffered this indignity, writing: “If you are reading, Nigella, there is hope. We can help!” 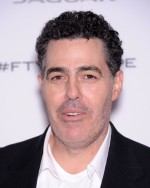 At In House, blogger William Peacock notes that so-called patent troll Personal Audio has sued podcaster Adam Carolla—who is perhaps best known from his time on the Loveline radio show and The Man Show—asserting he has infringed its podcasting patent and is reportedly requesting $3 million. Many others have also been sued by Personal Audio, and some have settled.

But Carolla wants to fight this rather than settle, and he is seeking to raise $1.5 million to foot the legal bill. He has raised nearly $300,000 so far, according to his FundAnything page.

“If he wins, and the podcasting patent dies, he protects podcasts,” Peacock wrote. “But this is a solution to a single battle in the war on patent trolling generally. If he wins, he takes out one troll, but system-wide reforms need to be made if there is to be any real reform.”

Does Taco Bell need to run for the border?

“Using a competitor’s trademarks is always a risky business,” Foley Hoag’s Julia Huston writes at Trademark & Copyright Law. “Do not try this at home. At least not without calling your trademark lawyer first.” She’s writing in reference to the new commercial that features non-clown individuals named Ronald McDonald testifying that they enjoy Taco Bell’s new breakfast offerings.

Is Taco Bell in the clear with this? Courts usually apply the nominative fair use doctrine in these cases, which, among other factors asks “whether the company had a need to use the trademark of its competitor in order to identify the competing product.”

While none of the Ronald McDonalds in the commercials wore clown suits, “did Taco Bell really ‘need’ to refer to Ronald McDonald in order to make its point? It is an interesting question. We may never know how the nominative fair use factors would apply to this unusual fact pattern, as McDonalds has not brought an action for trademark infringement or dilution and seems unlikely to do so.”

She also notes that the McDonald’s Facebook page has an image of the clown petting a chihuahua, the Taco Bell mascot, with the message: “Imitation is the sincerest form of flattery.”

Karen Beck, a rare books curator at the Harvard Law School Library, writes at Et Seq. that a book in the collection long thought to have been bound in human skin is actually bound in sheepskin.

The source of the original grisly assumption is this inscription on the final page of the book:

“The bynding of this booke is all that remains of my dear friende Jonas Wright, who was flayed alive by the Wavuma on the Fourth Day of August, 1632. King Mbesa did give me the book, it being one of poore Jonas chiefe possessions, together with ample of his skin to bynd it. Requiescat in pace.”

“Intrigued by this inscription, curators, conservators, and dermatologists have studied the book for years, but results were inconclusive.” A technique for identifying proteins known as peptide mass fingerprinting was used to determine which animal skin the book was bound with.

“If Jonas Wright was indeed a sheep, why would someone have written such an inscription?” Beck asked. “We’ll probably never know. Perhaps before it arrived at HLS in 1946, the book was bound in a different binding at some point in its history. Or perhaps the inscription was simply the product of someone’s macabre imagination.”