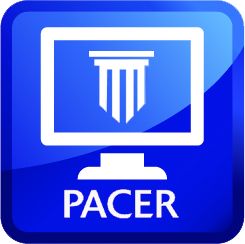 The idea is one of several under consideration as the U.S. Judicial Conference considers the impact of disclosure, the Wall Street Journal (sub. req.) reports.

A recent survey (PDF) of federal judges, prosecutors, defenders and probation offices by the Federal Judicial Center found that nearly 700 witnesses and informants perceived as snitches had been threatened, wounded or killed over a three year period.

U.S. District Judge Lewis Kaplan of Manhattan told the U.S. Judicial Conference’s criminal rules committee in April that PACER is part of the problem, according to the Wall Street Journal account. Though federal inmates don’t have PACER access, they often get information from others.

“Anonymous remote public access to PACER is a source of much of the information that gets into prisons about who is cooperating,” Kaplan said.

Another idea being discussed is to seal prosecutors’ motions for reduced sentences that could reveal government cooperation. Yet another idea is to change the way dockets are publicly displayed to make it more difficult to distinguish the cases in which a defendant is cooperating.

Some criminal defense lawyers say additional secrecy could make it difficult to obtain the information they need to raise questions about informants, Barry Pollack, president of the National Association of Criminal Defense Lawyers, explained in an interview with the Wall Street Journal.

“It hamstrings the defense not being able to understand who the witnesses are against the defendant and what their motivations are,” Pollack said. He also said criminal defense lawyers need to compare their own clients’ cases with cases against similarly charged defendants to make effective sentencing recommendations.