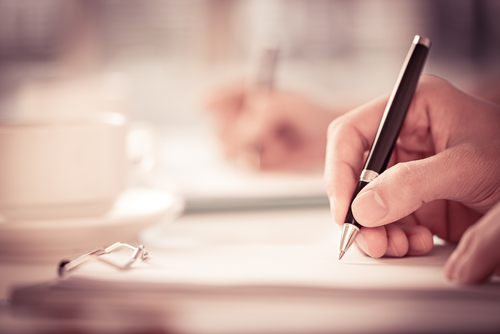 The Kansas Supreme Court has suspended a lawyer, who forged the signatures of a judge and a clerk, for two years.

In its Feb. 28 opinion, the court said its suspension of Laurel Kupka, who worked as an associate at Payne & Jones in Overland Park, Kansas, is “warranted given the serious nature of the respondent’s acts that gave rise to the multiple violations in this matter.” Bloomberg Law has coverage.

According to the court’s opinion, Kupka joined her firm in 2011 and began battling severe depression and anxiety as her workload increased. In May 2019, the state’s Office of the Disciplinary Administrator filed a formal complaint against her, alleging violations of the Kansas Rules of Professional Conduct.

The Kansas Board for Discipline of Attorneys determined after an August 2019 hearing that Kupka had engaged in misconduct in 18 cases, including in one where she falsified a judge’s signature and court’s filed stamp on a judgment that she gave to her supervising attorney. In another, she cut and pasted a clerk’s signature from a garnishment application and order into an unrelated document.

While the board said in its recommendation for suspension that it was clear that Kupka’s actions were dishonest, it considered whether she “had a dishonest motive.”

“Notwithstanding her mental state and the workload, the facts reflect that respondent had a dishonest motive at the time she took various actions including falsifying pleadings, advising that a lawsuit had been filed and judgment entered, and misrepresenting that she was in court when she was not,” the board said.

The Kansas Supreme Court agreed with the board’s conclusion that Kupka violated rules on competence, diligence, communication, truthfulness and dishonesty, and she engaged in conduct prejudicial to the administration of justice and conduct adversely reflecting on a lawyer’s fitness to practice law.

The court also agreed with the recommended two-year period of suspension.

“While it is clear that respondent has made notable strides in understanding and addressing the personal issues that led to the ethical lapses and serious rule violations resulting in this complaint, we cannot merely adopt a recommendation of probation without first assuring that the respondent has in place a structure in her personal life and professional practice that protects the public from future transgressions,” it said in its opinion.

The court said Kupka may apply for early reinstatement after nine months.