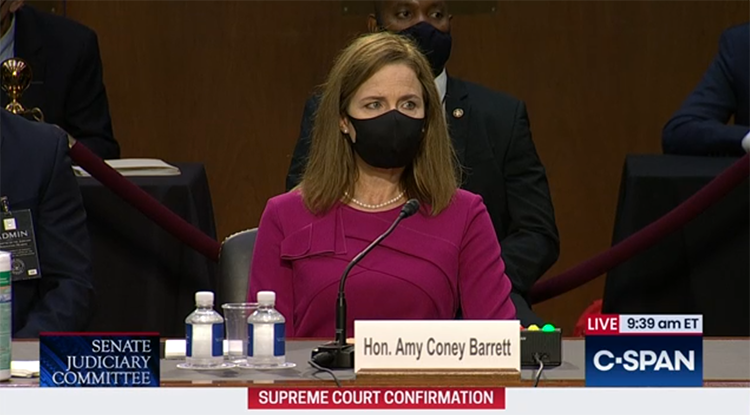 The first day of Judge Amy Coney Barrett’s confirmation hearing before the Senate Judiciary Committee is taking place on Monday. Image from C-SPAN.

Supreme Court nominee Amy Coney Barrett told of the lessons she learned from Justice Antonin Scalia, for whom she served as a law clerk, in an opening statement prepared for the first day of her confirmation hearing on Monday.

Barrett said in the statement that she believed in Scalia’s philosophy to interpret the Constitution and laws as written, not as the judge wishes it were. Scalia taught her another lesson as well—that a legal career should not be all consuming, Barrett said. 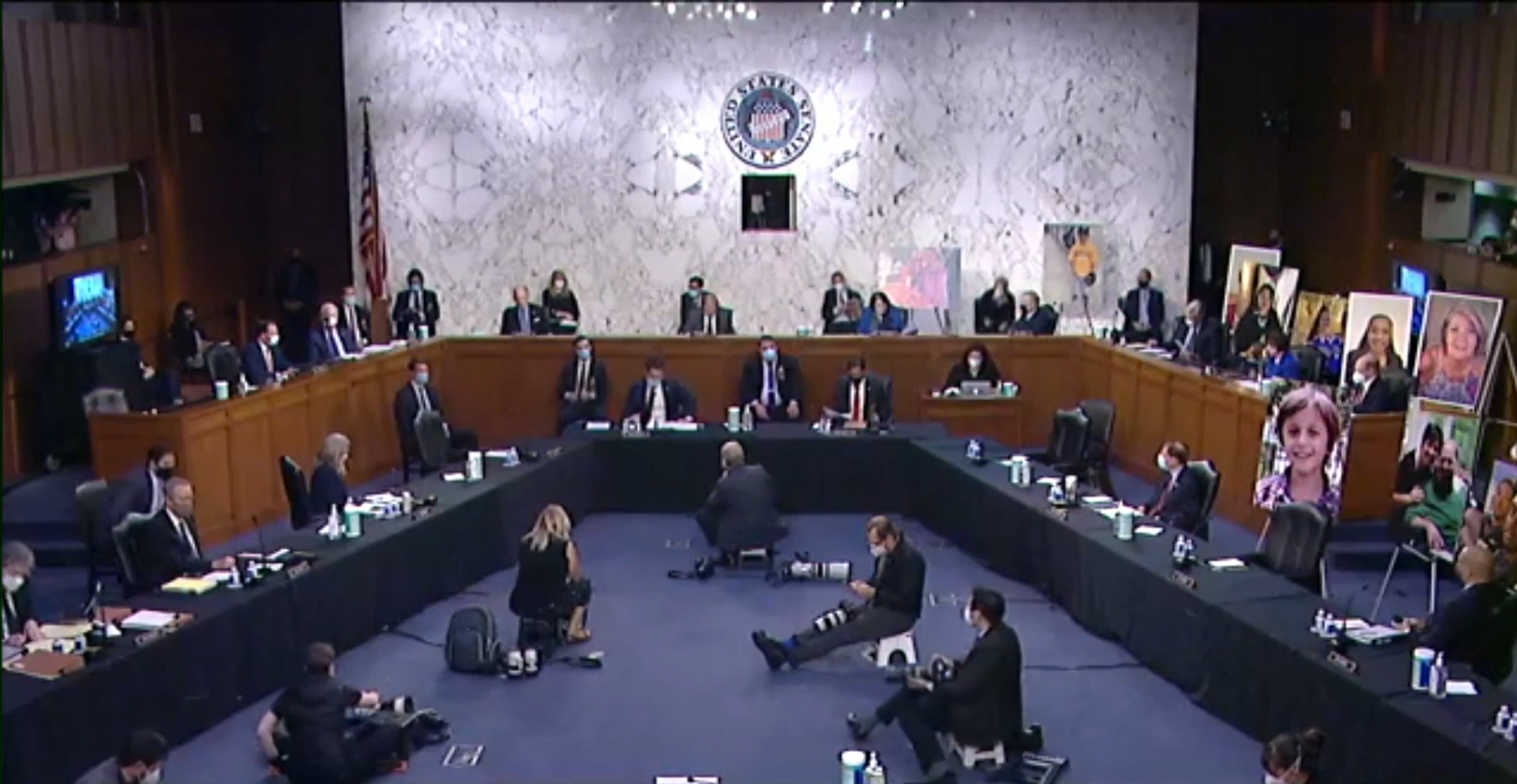 The members of the Senate Judiciary Committee gathered in person and remotely for Judge Amy Coney Barrett’s confirmation hearing. Image captured from stream.

“Justice Scalia taught me more than just law,” Barrett said. “He was devoted to his family, resolute in his beliefs, and fearless of criticism. And as I embarked on my own legal career, I resolved to maintain that same perspective. There is a tendency in our profession to treat the practice of law as all-consuming, while losing sight of everything else. But that makes for a shallow and unfulfilling life. I worked hard as a lawyer and a professor; I owed that to my clients, my students, and myself. But I never let the law define my identity or crowd out the rest of my life.”

Barrett began her statement with praise for her husband and seven children. Like the justice she is replacing, Ruth Bader Ginsburg, Barrett received help from her husband along the way.

“My husband Jesse and I have been married for 21 years,” she wrote. He has been a selfless and wonderful partner at every step along the way. I once asked my sister, ‘Why do people say marriage is hard? I think it’s easy.’ She said, “Maybe you should ask Jesse if he agrees.’ I decided not to take her advice. I know that I am far luckier in love than I deserve.”

The confirmation process and service on the U.S. Supreme Court “requires sacrifices, particularly from my family,” Barrett said. “I chose to accept the nomination because I believe deeply in the rule of law and the place of the Supreme Court in our nation.”

Like Justice Neil M. Gorsuch, who spoke of the impact of opinions on the “little guy” in his opening statement, Barrett said she understands that her opinions affect people.

As a judge on the 7th U.S. Circuit Court of Appeals, Barrett said, “I have carefully considered the arguments presented by the parties, discussed the issues with my colleagues on the court, and done my utmost to reach the result required by the law, whatever my own preferences might be. I try to remain mindful that, while my court decides thousands of cases a year, each case is the most important one to the parties involved. After all, cases are not like statutes, which are often named for their authors. Cases are named for the parties who stand to gain or lose in the real world, often through their liberty or livelihood.

“When I write an opinion resolving a case, I read every word from the perspective of the losing party. I ask myself how would I view the decision if one of my children was the party I was ruling against: Even though I would not like the result, would I understand that the decision was fairly reasoned and grounded in the law? That is the standard I set for myself in every case, and it is the standard I will follow as long as I am a judge on any court.”

Barrett also she believes in the power of prayer, “and it has been uplifting to hear that so many people are praying for me.”

The Senate Judiciary Committee has set aside four days for the nomination hearing. After opening statements by committee members, Barrett will be introduced by the two senators from her home state of Indiana, along with retired Notre Dame law professor and law dean Patricia O’Hara.

According to the Washington Post, the hearing will be “bare-bones, with rigorous social distancing guidelines in place to prevent any transmission among the few allowed inside.” Some senators will participate remotely. A committee vote is scheduled for around Oct. 22, according to USA Today.

Democrats reportedly plan to focus their questions on the Affordable Care Act, according to the Washington Post. The U.S. Supreme Court has accepted a new challenge to the law that is based on Congress’ decision in 2017 to lower the tax penalty to zero for failure to carry insurance. The case is set to be argued Nov. 10.

Senate Minority Leader Charles Schumer, D-N.Y., spoke about the health care law in a news conference on Sunday. “Justice Barrett’s record and previous public statements clearly indicate that she would vote to strike down the ACA and overturn Roe,” Schumer said. “Nothing in her opening statement allays that concern.”