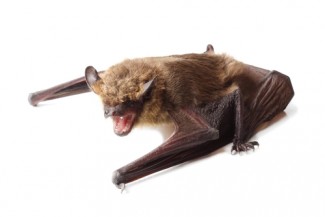 When Zac Weiland walked into court on Friday, the assistant Utah prosecutor heard scratching sounds: Bats were in the ceiling, walls and stairwells of the Washington County Justice Center, and Weiland even saw one struggling to get out of a light fixture.

At least one courtroom was closed and proceedings were relocated due to the infestation, according to the Associated Press, the St. George News and the St. George Spectrum (sub. req.).

An exterminator said more than 50 bats were removed from the St. George facility on Thursday and Friday and released. Workers are also trying to close up possible entrance points that may have been left open during a renovation project.

“This morning, there were still bats hanging out of the light fixtures, so they’ve got a lot of work to do,” Ryan Shaum, who works as a deputy county attorney, told the St. George News on Halloween.

:It’s unusual, there’s no doubt about that,” court spokeswoman Nancy Volmer told KSL. “This is a first, I think, for the courts.”