Elated billionaire wins $380K in federal suit over fake wine; he may have spent $10M in legal fees 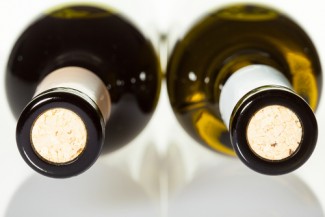 William Koch presumably didn’t need the money. But, after years of litigation and what may have been a total of $10 million spent in legal fees, the Palm Beach, Fla., billionaire won a federal jury award of $380,000 on Thursday, in compensation for the 24 bottles of fake wine he purchased at auction in 2005.

The jury, which reached its verdict in just two hours, following a trial that lasted over two weeks, is expected to expected to decide Friday if punitive damages should also be awarded against the defendant, Eric Greenberg. A fellow wine collector, the California-based Internet entrepreneur was a billionaire, too, until the value of the stock in the two consulting companies he founded collapsed in 2000, according to the Associated Press and the Wine Spectator.

At issue in the case was $3.7 million spent by Koch to purchase 17,000 bottles from Greenberg’s cellar in October 2005 at a Zachys auction. Two dozen of those bottles were counterfeits, and Greenberg knew that they were, Koch alleged. He asserted claims for false advertising, fraudulent misrepresentation, fraudulent concealment and deceptive business practices.

The 72-year-old energy executive was elated by the $380,000 verdict, the AP reported, and said he planned to lift a glass at a pricey New York City restaurant after winning the Manhattan federal court case. Greenberg, who had testified that he would never have knowingly sold counterfeit wine, was dejected. He and his counsel declined to comment as they await the jury’s ruling on punitives.

However, Greenberg has complained that Koch refused to accept a full refund he offered several years ago and testified that he considered the trial “a horrible waste of taxpayer money.”

Even if Koch gets punitives, he is likely to have spent more on litigation than the total compensation he will get in the case. He says the litigation was about correcting a widespread problem with mislabeled wine being sold at auction, rather than merely money.

“There was a code of silence in this bloody wine business, and now it’s been broken,” he told the Wine Spectator after the verdict. “I can’t stand being cheated. But the worst thing of all is that counterfeiting degrades the love of the vintner for his wine.”

He spent some $10 million on the litigation against Greenberg, the magazine says, relying on information from unidentified sources.

But the billionaire’s deep pockets apparently are far from empty. Koch’s lawsuit against Rudy Kurniawan, another defendant in a wine-counterfeiting case, is on hold while Kurniawan deals with federal fraud charges, and Koch said in a comment reported by the AP that he anticipates further litigation regarding an industry-wide problem that has led him largely to stop buying wine at auction.

Bloomberg and Reuters also have stories.

Next:
Lawyer is charged in alleged office groping incident; will tapes support prosecution?