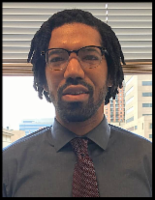 Corrected: A black lawyer with the Maryland Legal Aid said he has started carrying his business card with him after a sheriff’s deputy at the courthouse mistook him for a client and detained him.

Attorney Rashad James said he has filed a complaint with the Harford County Sheriff’s Office over the March 6 incident, report the Baltimore Sun, Fox 5 News and WBAL.

James alleged that he was detained and questioned on the basis of race; the law firm representing him says the incident is a case of “lawyering while black.”

James said the deputy accused him of being his client impersonating a lawyer and asked for identification. The deputy demanded a driver’s license, his bar card and his business card.

James said he showed the deputy his driver’s license, but he did not have his bar card or business card with him. The deputy did not think the license was valid.

It was the first time that James had represented a client in the Harford County courthouse. James was the only black attorney in the courtroom. His client was not in court, and there was a warrant for his client’s arrest.

The sheriff’s office said its office of professional standards is conducting a complete and thorough investigation. James wants the incident to be noted in the deputy’s personnel file and is also calling for sensitivity training.

Updated on March 31 to say that the deputy believed that James was his client impersonating being a lawyer.