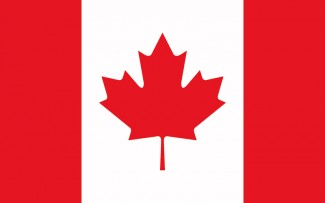 A U.S. citizen is seeking refugee status in Canada because he says he’s afraid of being killed by police in this country because he is black.

Kyle Lydell Canty, 30, argued his case at an Oct. 23 hearing before Canada’s Immigration and Refugee Board in Vancouver, B.C., CBC News reports.

“I’m in fear of my life because I’m black,” Canty told IRB member Ron Yamauchi. “This is a well-founded fear.”

Canty, who crossed the Canadian border in early September, argued that black people in the U.S. are “being exterminated at an alarming rate.”

He cited the police shooting of Michael Brown in Ferguson, Missouri, and the death of Eric Garner at the hands of police in New York City last year. He also submitted videos, media reports and the UNHCR’s handbook for determining refugee status as part of his request..

Canty, who was born in New York, has lived in six different states. He said police have harassed him for being black in every place he has lived.

He also admitted he is facing criminal charges in several states, but said he has no intention of returning to this country to clear his name.

“I already know the outcome,” he said.

A person seeking refugee status in Canada must prove he or she has “a well-founded fear of persecution in your country, based on race, religion, nationality, political opinion or membership in a particular social group,” IRB spokeswoman Melissa Anderson told CBC News. If Canty’s request is approved, he can apply for permanent residency. If it is denied, he could be removed from the country.

Last year, Canada granted asylum to a Florida woman who had been sentenced to 30 years in prison for having sex with a 16-year-old. The age of consent in Canada is 16, so Denise Harvey had broken no Canadian laws.