Justice Breyer encourages ABA members to 'convince other people, talk to them' to end division 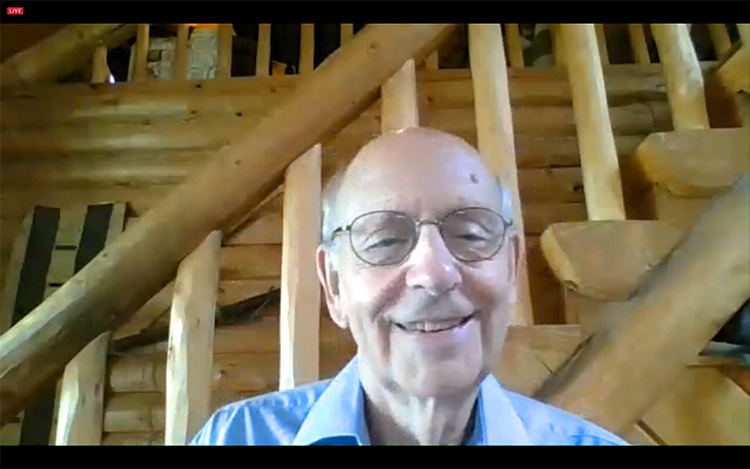 The ABA promised its annual meeting would combine tradition with the unexpected—and it didn't disappoint. 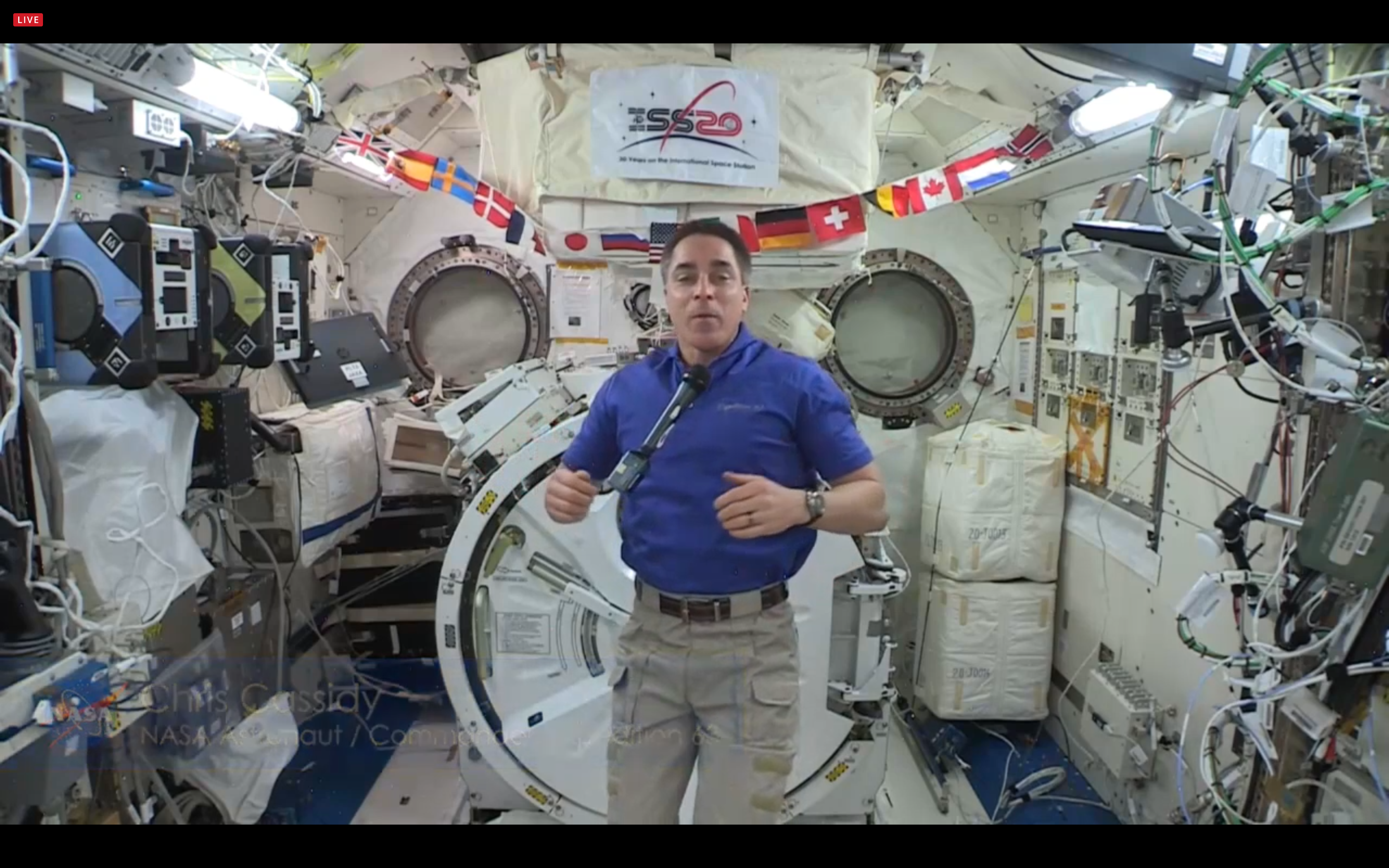 Astronaut Chris Cassidy’s video message to General Assembly attendees from the International Space Station was coordinated by the ABA Forum on Air and Space Law.

Among her first questions, Martinez asked Breyer, who was nominated to the court by President Bill Clinton in 1994, what he considered the biggest threat to the rule of law in the United States and the world. The justice recalled a conversation he had with students at Stanford University about why the country is politically divided and how that division can be addressed.

“Convince other people,” Breyer said. “Talk to them. Don’t shout at them. And convince them you’re right, and then we have an election, and we see. And if you can’t convince people this time, maybe you will next time.

“I’d say that’s awfully elementary, but if you want to convince other people, and you don’t want so much division, I can tell you the first place to look. And this was fairly tough. So, the students said, ‘Where?’ I said, ‘the mirror.’”

Breyer told Martinez that he is optimistic for the future because the United States has experienced slavery, a civil war and a legal system of segregation but overcame all of them. He said it’s also because he sees people of every race, religion and point of view come before the court.

“So we work things out,” he said. “We get together, we try to build things.

“We’re natural cooperators as well as being naturally hostile to each other. So we have the two. And I think the cooperation predominates. That may be overly optimistic, but I think not. And I hope not.” 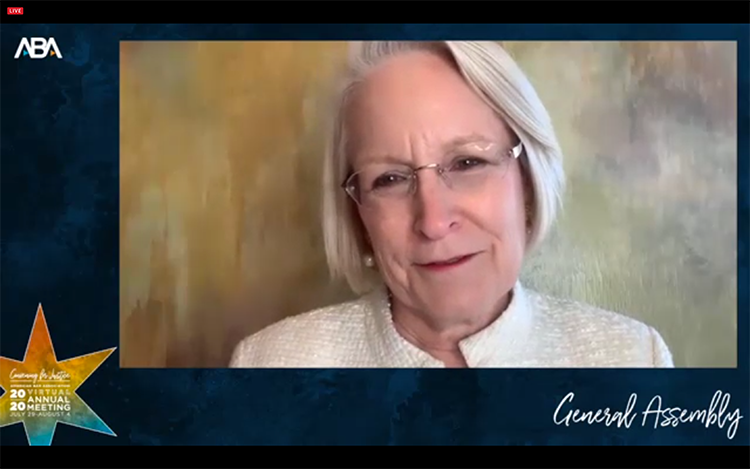 ABA President Judy Perry Martinez will complete her term at the close of the meeting.

Breyer also shared with Martinez that he was once asked why people follow the court’s guidance and he responded that “it’s a matter of habit. It’s a matter of what you consider ordinary behavior.”

“The rule of law itself is in fact accepted if and only if even though people disagree with the decision, even though it’s important to them, even though they think it’s totally wrong, they’ll accept the judicial decision,” he said.

Martinez closed her conversation with Breyer by asking the justice to share a few pieces of advice with the ABA’s youngest members as well as with its more senior attorneys.

Breyer encouraged law students to learn about the government and said he wished civics was restored as a required course. To those who are graduating, he said he couldn’t tell them how to live their lives, but he hoped a few things for them.

“You can join a local library association. You can try to be a school board member. You can vote. You can learn about the issues going on. You can talk to others.”

To the senior members, Breyer said, like he tells himself, “you just keep going.”

During his remarks, Neukom said he was “beholden to the American Bar Association for the opportunities it has presented to me to be a better lawyer and to be a better person and the heroes it has brought into my work and my life.” 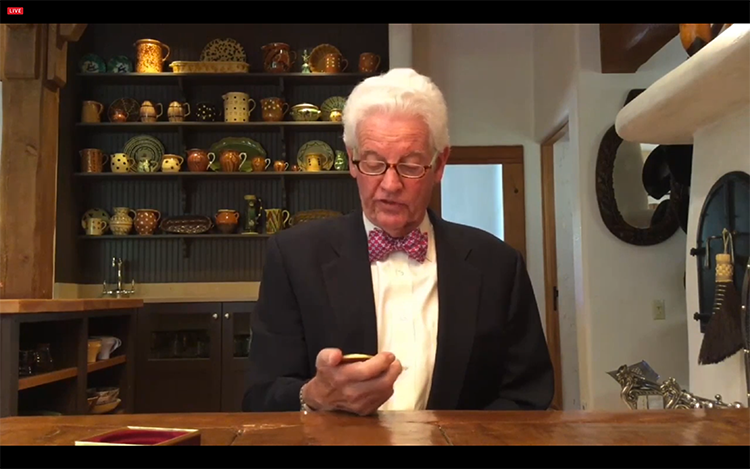 Award winner William Neukom reads aloud the inscription “To the end it may be a government of laws and not of men” on the ABA Medal during his General Assembly address.

He contended that these are “extraordinary times,” in which the country is facing a pandemic, a global economic recession and the “ravages of the racism that has been a sad part of our history for far too long.” He encouraged members not to ignore those challenges and to prioritize certain areas of the association’s work, including helping to ensure free and fair elections around the world. 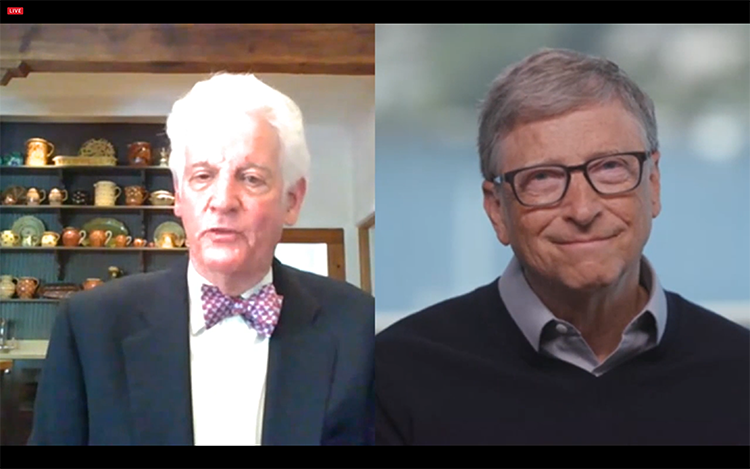 Neukom also led a discussion with special guest Bill Gates, the co-chair of the Bill & Melinda Gates Foundation and co-founder of Microsoft Corp. Neukom, who served as the lead lawyer for Microsoft for 25 years, talked to his former colleague about the country’s slow response to COVID-19 as well as how corporations could help respond to racial injustice.

“There are clever ways in terms of social programs, mentorship, that I think should be looked at,” Gates said. “I’m glad that people are more open-minded. I’m glad that business feels that they haven’t done enough.

“Some businesses like the tech companies that are doing extremely well because of all of this increased digital activity, the onus should be particularly on them because they have the resources, the ability to think long-term about making education better, making career opportunity better.”