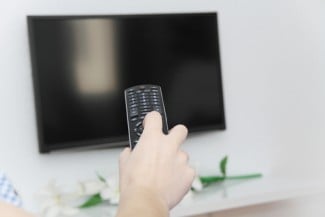 Court TV, the network that ran live coverage of the O.J. Simpson trial, is planning to be back on the air in May 2019.

Katz Networks announced plans to revive Court TV on Monday, report the Associated Press, the Wall Street Journal, the Hollywood Reporter and CNN. Court TV will be devoted to trial coverage, with expert commentary and analysis, 24 hours per day seven days per week.

Podcasts such as Serial and streaming series such as Making a Murderer are evidence that there is a demand for true-crime media, according to Katz Networks president and CEO Jonathan Katz. “Consumer interest in true-crime content is at an all-time high, but there is no real-time court coverage on TV,” Katz told the Wall Street Journal.

Katz Networks, a division of E.W. Scripps, is making deals with local TV station owners and media companies to broadcast on cable TV and over the airwaves. Some of E.W. Scripps’ stations also will carry the network. Court TV also may broadcast on platforms such as Roku and YouTube TV.