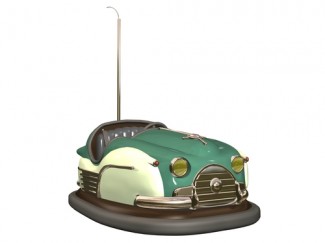 The California Supreme Court has dismissed a suit by a doctor who broke her wrist while riding in a bumper car at Great America, citing the inherent risk of such injuries.

The court ruled on Monday against San Jose doctor Smriti Nalwa, who broke her wrist in a head-on collision, report the San Jose Mercury News and the Los Angeles Times. The court said the assumption of risk doctrine applies not only to sports but also to recreational activities such as bumper car rides.

“A small degree of risk inevitably accompanies the thrill of speeding through curves and loops, defying gravity or, in bumper cars, engaging in the mock violence of low-speed collisions,” the court said in its opinion (PDF). “Those who voluntarily join in these activities also voluntarily take on their minor inherent risks.” The decision upheld a trial court’s grant of summary judgment for the amusement park.

Nalwa’s lawyer, Mark Rosenberg, told the Mercury News the amusement park has since added a middle island to help keep bumper cars traveling in one direction, lessening the chance of head-on collisions. Rosenberg sees the decision as anti-consumer. “Patrons are less safe today than they were yesterday,” he told the Times and the Mercury News.