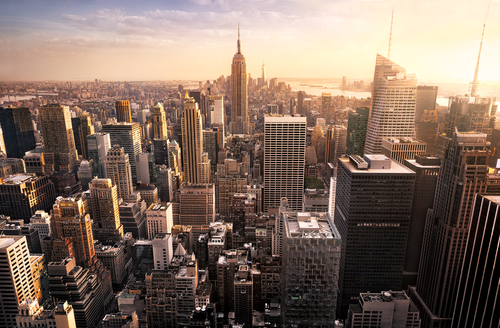 On Aug. 10 and 11, a special series of CLE programs will take place across Midtown in New York City. The CLE in the City Series will be held as part of the 2017 ABA Annual Meeting in high-powered law firms and world-famous buildings like the United Nations headquarters, the New York City Bar Association building and the Lincoln Center for the Performing Arts.

“The idea is that we would not be at conference rooms in hotels, we would be at special venues,” says Mike Byowitz of Wachtell Lipton Rosen & Katz, one of the chairs who helped planned CLE in the City.

The ambitious new CLE in the City series is the brainchild of ABA President Linda Klein. But the planning for it started long before Klein began her year as president.

Byowitz says that Klein approached him back in the fall of 2015, when she was just the president-elect. She told him that it had already been decided that the 2017 annual meeting would take place in New York City, and she asked him to take the lead in planning a host of CLE events all over the city. Byowitz suggested that Stephen Younger of Patterson Belknap Webb & Tyler be brought in to help shoulder the burden, and the two men became co-chairs of the CLE in the City Series.

One aspect of the new series which was very important to Klein was that it be open to non-members.

“The goal is to get people who are not already ABA members exposed to what the ABA can offer,” Younger says.

Byowitz says that allowing non-ABA members access to CLE in the City will show them the kind of quality programming and distinguished speakers that the ABA can attract for such events. “Then they would realize if they’re not ABA members already, then they really should be,” he says.

Around 40 to 50 law firms were involved in the 18 months of planning leading up to CLE in the City, and more than 20 bar associations. That collaboration produced the 12 tracks of the series: antitrust; commercial litigation; construction law; corporate governance/mergers and acquisitions/securities law; family law; financial restructuring and insolvency; financial technology; international dispute resolution; the legal profession; trial practice; United Nations; and white collar criminal law.

The majority of the tracks will feature three programs and a lunch session, although some track schedules differ slightly. A detailed schedule is available in this CLE in the City brochure (PDF).

Some of the highlights include:

• A special behind-the-scenes tour of the Lincoln Center will be given to attendees of “Lifting the Curtain: A Look Behind the Scenes at the Lincoln Center Renovation Project 2005-2011” on Friday, Aug. 11, as part of the Construction Law track.

• The Thursday, Aug. 10 events in the United Nations track will take place at UN headquarters, and attendees will have the opportunity to hear from international legal experts and the UN legal counsel. Extra security is required at this venue, so anyone wishing to attend must register in advance and be prepared to show proof of identification.

• At the Thursday lunch session of the Financial Technology track at White & Case, the speaker will be the artificial intelligence platform IBM Watson—accompanied by human attorney John Douglas of Davis Polk & Wardwell.

Each program will count as 1.5 CLE hours, and cost $25, so up to 4.5 hours of CLE credit are possible. Lunch sessions with featured speakers will be provided by the hosting law firms, and cost $20. A ticket to attend a CLE in the City program will also entitle someone to attend the opening networking event at the annual meeting, “Trial of Two Pizzas,” which will be held Aug. 10 from 5:30-7 p.m. at the New York Hilton Midtown.

Any ABA member or non-member can attend the CLE in the City series for free if they are registered to attend the ABA Annual Meeting under an all-access registration package.

The task of coordinating these dozens of events has been time-consuming for Byowitz and Younger, but rewarding.

Both men say that the enthusiasm shown by local law firms and bar associations for the CLE in the City Series has been intense. “I’ve just never seen anything like this, where they’re just so excited about the ABA being here,” says Byowitz.

In addition to Klein and the ABA Meetings and Travel staff, the men say that Patterson Belknap associate Lia Brooks and Wachtell Lipton paralegals Rebecca Rabinowitz and Nicole Hammons have been instrumental in planning the series. “They have been sensational, we could not have done it without them,” Younger says.

Though they are both looking forward to CLE in the City finally taking place, there is one rub: There’s no way they can attend every event. “You can’t be in 12 places at once!” Byowitz said with a laugh.