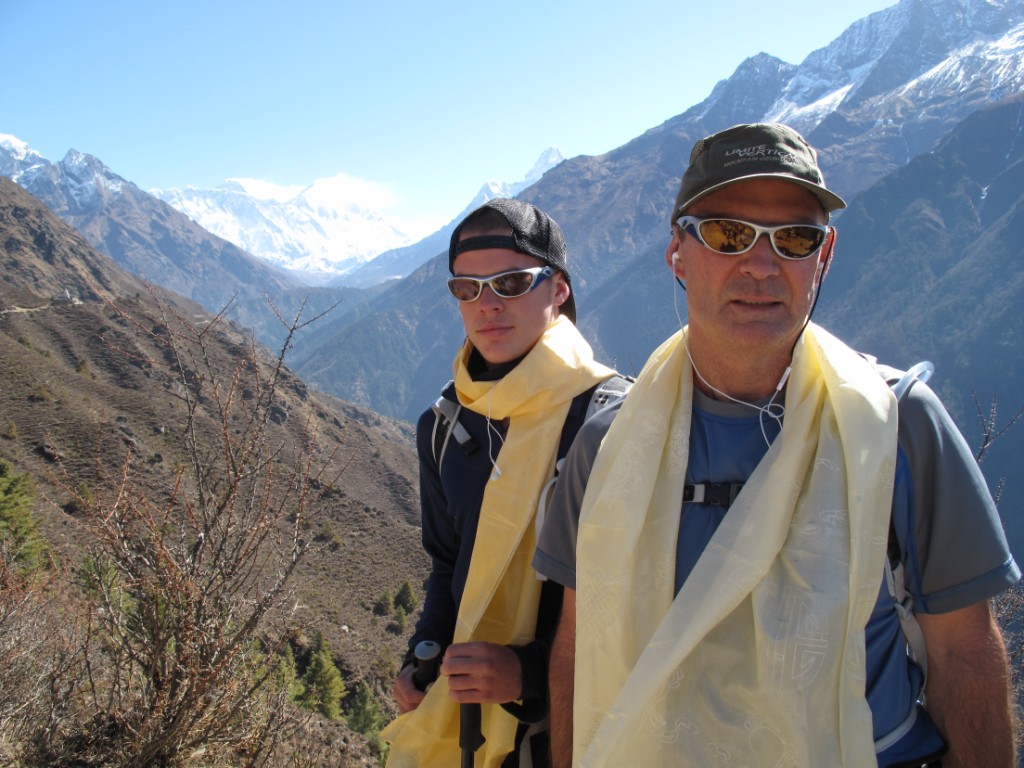 Brian Strange, right, and son Johnny on their way
to base camp at Everest. Photo courtesy of Polaris.

It wasn’t easy for attorney Brian Strange to take two months away from his Los Angeles class action practice. But with the help of e-mail and a satellite telephone he has had for several years, Strange found the time to climb Mount Everest with his 17-year-old son, Johnny, this spring.

As a plaintiffs-side lawyer, “we get to do a little bit more directing how and when cases are prosecuted. So I’m able to time my schedule a little better in that regard,” he tells the ABA Journal. However, Everest posed unusual challenges.

His satellite phone, for instance, has been a very effective method of remaining in touch with the office when he has climbed other mountains in the past, Strange says. But because Everest is so high—the mountain’s base camp is at 17,800 feet—the phone wasn’t much help any higher than that, since the reduced amount of oxygen in the air made it difficult to concentrate.

Scaling the mountain is a death-defying experience: The mountain’s infamous Khumbu icefall must be crossed on a makeshift aluminum ladder bridge positioned high above a deep crevasse, and even highly skilled mountaineers find the perilous passage frightening. The icefall itself shifts, particularly as it warms up after the sun rises, so it’s best to cross early.

“You have a prayer service with the Sherpas before you go up there,” says Strange, referring to the local guides who routinely help foreigners climb Everest. “There are lots of precautions you can take, and we took all of them.”

Walking across the rungs of the ladder with ice-gripping crampons strapped to your climbing boots isn’t easy, and while there is a safety rope “those ropes, at times they’re questionable,” he admits. “So you want to make sure you don’t fall.”

Asked what made the climb worthwhile in the face of all the hazards, the 53-year-old Strange said the opportunity to undertake such an adventure with his son was not to be missed.

It’s hard to persuade many teenagers to sit down with the family at dinner, and he and his 17-year-old spent weeks together in a tent as they prepared for the final stages of the climb, he notes. Going through a shared experience together that requires participants to have their wits about them changed their perspective and their relationship.

“It was a fantastic thing to do with your son,” he tells the ABA Journal. “It’s one of the world’s greatest adventures. At the end of the day, you’re standing on top of the world and looking down at the clouds where airplanes fly.”

His advice to fellow practitioners who might also have a yen to do something unusual is to follow their dreams. “I personally didn’t want to get to the end of my career and have sat at my desk for 30 years,” he says. “If there’s something you want to do, you need to do it.”