Updated: Colin Kaepernick’s grievance against the National Football League claims all 32 teams colluded to keep him out of the league in response to pressure by President Donald Trump.

Lawyer Mark Geragos filed the grievance under the union’s collective bargaining agreement with the league, report the New York Times, the Los Angeles Times, Slate and Forbes, which describes Geragos as “a world-renowned criminal defense attorney.”

Trump has criticized Kaepernick’s decision to kneel during the national anthem, Geragos noted in a statement. Athletes “should not be denied employment based on partisan political provocation by the executive branch of our government,” the statement said. “Such a precedent threatens all patriotic Americans and harkens back to our darkest days as a nation.”

Kaepernick became a free agent after opting out of his contract with the San Francisco 49ers. No other team has signed him, even though he threw 16 touchdowns and only four interceptions in 12 games last year. The statistics put his capabilities on par with, or better than, more than a dozen NFL quarterbacks who started this year, according to the Los Angeles Times.

Kaepernick’s demand for arbitration says NFL owners colluded against him in retaliation for his social advocacy and because of executive branch coercion. The demand says Trump and Vice President Mike Pence “have posted tweets and engaged in various public relations stunts designed to retaliate against Mr. Kaepernick” and other players who joined in peaceful protests.

“The owners of respondent NFL teams have been quoted describing their communications with President Trump, who has been an organizing force in the collusion among team owners in their conduct towards Mr. Kaepernick and other NFL player,” the arbitration demand says. “Owners have described the Trump administration as causing paradigm shifts in their views toward NFL players.”

The alleged collusion is based on the NFL collective bargaining agreement, rather than the Sherman Antitrust Act. The remedy is double compensatory damages, according to a different Forbes article written by lawyer Marc Edelman of Edelman Law. 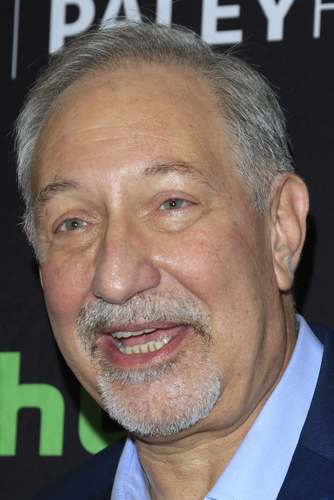 Geragos will likely seek written evidence, perhaps even text messages, to bolster the claim. “Without strong evidence to the contrary,” Edelman says, “the NFL team owners may be able to make a persuasive case that each team found that Kaepernick, with his anthem-related baggage, was simply not worth his asking price.”

NFL owners met with players on Tuesday, but the league did not change its current policy that says players “should” stand for the national anthem, report NPR and the New York Times. Protest critics had suggested changing the wording to “must.”

Safety Malcolm Jenkins of the Philadelphia Eagles told the New York Times that Kaepernick had been invited to the meeting but didn’t attend. Jenkins said players and owners talked about how they could work together to create social change.

On Wednesday, Trump criticized the NFL for failing to change its anthem policy in a tweet. “The NFL has decided that it will not force players to stand for the playing of our National Anthem. Total disrespect for our great country!” he wrote.

If the NFL were to force players to stand for the national anthem, they could have a First Amendment claim against the government because of a prior Trump tweet, the Washington Post reports. Trump had tweeted that tax breaks should be revoked for a league that disrespects “our anthem, flag and country.” A Trump spokesperson later said the president was referring to tax breaks for stadiums.

David Cole, the national legal director for the American Civil Liberties Union, said it is ready to defend the rights of players to express themselves. “The courts have recognized that when government officials threaten punishment or consequences because of protected speech, that in and of itself can chill the speech, in violation of the First Amendment,” Cole said.

The Post article acknowledges it could be difficult to show a link between any NFL action and Trump’s threat. Among those who expressed doubt about such a claim was Harvard law professor emeritus Alan Dershowitz.

“It takes more than a mere threat for a presidential statement to become state action,” he said. He also saw a free-speech danger for the president if the players were to succeed. “It would place constraints on the ability of the president to have a bully pulpit, whether he were a Democrat or a Republican,” Dershowitz said.

Players may not have a claim against the NFL, either, according to Georgetown law professor Brad Snyder. He points to language in the collective bargaining agreement that says players can be fired for “personal conduct reasonably judged by club to adversely affect or reflect on club.”

Geragos & Geragos official statement on @Kaepernick7 who we are proud to represent pic.twitter.com/c0Jr1ugNV1

Updated on Oct. 18 to report on NFL meeting and Trump’s reaction, as well as information in the arbitration demand.